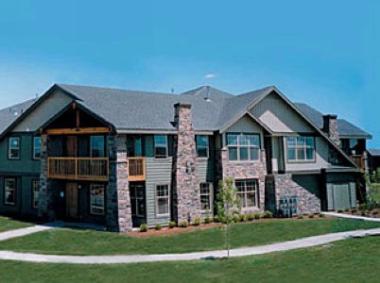 WASHINGTON, DC - The U.S. Department of Housing and Urban Development ( HUD ) announced it is charging a Park City, Utah homeowner association, property management company, and a group of condominium owners with violating the Fair Housing Act for refusing to accommodate a tenant who required an emotional support dog because of a disability. HUD brings the charges on behalf of the tenant, a Gulf War veteran with a disability.

HUD is alleging Fox Point at Redstone, a multifamily housing complex, assessed illegal fees and fines against the tenant and the owners of his condominium unit for the presence of the assistance animal. HUD is also charging the condominium owners for their refusal to renew the tenant’s lease unless he paid the charges. The Fair Housing Act requires landlords to make reasonable accommodations to no-pet rules for renters with disabilities who need emotional support animals.

“Today, many veterans return home with mobility impairments or other conditions that can be alleviated by a support animal,” said John Trasviña, HUD Assistant Secretary for Fair Housing and Equal Opportunity. “HUD will enforce the Fair Housing Act against policies that prevent people with disabilities from having a medically necessary assistance animal at home.”

According to HUD’s charges, Fox Point’s homeowner association required the tenant to pay a registration fee, provide proof of liability coverage, and sign a medical release for it to obtain his confidential medical records. The tenant provided medical documentation of his need for the assistance animal and obtained liability insurance, but refused to give Respondents access to his private medical information or to pay the $150 fee. Even after it acknowledged that the veteran’s dog was a medically necessary assistance animal, the association continued to demand that he pay the fee. The association also assessed a number of fines against the condo owners for the presence of the support dog, and the condo owners refused to renew the tenant’s lease until he paid the fee and the fines. The tenant and his wife moved away rather than pay. Such fees and fines are prohibited by the Fair Housing Act, as are requirements that persons with disabilities obtain liability insurance and provide their medical records.

HUD’s charge will be heard by a United States Administrative Law Judge unless any party to the charge elects to have the case heard in federal district court. If an administrative law judge finds after a hearing that illegal discrimination has occurred, the judge may award monetary damages to the complainant for the harm he was caused by the discrimination. The judge may also order injunctive and other equitable relief to deter further discrimination, as well as payment of attorney fees. In addition, the judge may impose fines in order to vindicate the public interest. If the matter is decided in federal court, the judge may also award punitive damages to complainant.