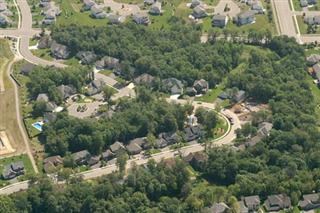 IRVINE, CA - According to Les Whittlesey, a founding principal at Whittlesey Doyle, a market leader in the land brokerage industry, while the residential land market has had tough go over the last few years, investors have recognized that the New Model Colony in the City of Ontario is a submarket that is poised for growth due to its proximity to jobs, shopping, entertainment and transportation, including the Ontario International Airport. In the last 18 months, Whittlesey has represented both the buyer and seller in five separate transactions for a combined value of $48 million, which represents the sale of nearly 1,400 proposed units on more than 300 acres of land. The individual sale prices could not be disclosed.

“Ontario is the economic engine of the Inland Empire and the New Model Colony is one of the few large land opportunities in the west end of San Bernardino County and the Inland Empire," said Whittlesey. "I have been doing transactions in this submarket since 1989 and have consequently been seen as a leader in this market area, which helps in our marketing efforts."

Last week, Whittlesey negotiated the sale of approximately 79 unimproved residential acres on the south side of Edison Avenue between Archibald and Sumner Avenues, in the proposed Great Park Specific Plan in The New Model Colony. The seller was Ontario Area 23 Homes, LLC, a property owned by US Bank. The buyer was RCCD, Inc. of Anaheim Hills, Calif.

"This was the last of the bank REO assets in the area and we don't anticipate any more will come on the market," said Whittlesey.

According to Whittlesey, the property is situated immediately north of the natural “Great Park" in Great Park Specific Plan planning areas 4, 5, and 6, and has a proposed Tentative Tract Map for 361 dwelling units. The proposed product mix ranges from cottage style single-family detached homes to courtyard single-family detached homes to tri-plex condo units. The site, which is currently in a raw state, is a former dairy (now demolished). The Specific Plan for the Great Park, along with an EIR and Tract Map processing, will take approximately 10-12 months to complete.

In December, Whittlesey negotiated the sale of three separate land sales in the New Model Colony, two of the properties are located in the New Model Colony's Esperanza Specific Plan, adjacent to the San Bernardino and Riverside County boundary line. The sites are approximately 2 miles south of State Highway 60 and approximately one-half mile west of Interstate 15, located at the northwest corner of Bellgrave and Milliken Avenue (also known as Hamner Avenue).

In the southeastern portion of the Esperanza Specific Plan, Whittlesey negotiated the sale of roughly 64 unimproved residential acres. The property currently has a Specific Plan and approved Tract Maps for 371 units. There is also a Development Agreement approved and signed. The seller was Amberhill Development of Costa Mesa, Calif. The buyer was developers Genstar/GDC Communities of San Diego, Calif. and RCCD, Inc.

In the southwestern portion of the Esperanza Specific Plan, Whittlesey negotiated the REO sale of 74 unimproved residential acres. The property, which is situated between the Cantu-Galleano Ranch Road and Limonite Avenue off-ramps on Interstate 15, has approved Tract Maps for 289 units and 10 acres for a future school site. The seller was US Bank. The buyer was Genstar/GDC Communities.

In the West Haven Specific Plan in the NMC, Whittlesey negotiated the REO sale of 38 unimproved residential acres located at the northeast corner of Turner and future Schaefer Avenue. The site is approximately 1 mile south of the 60 Freeway and approximately 1 1/2 miles west of Interstate 15, and is located between the Archibald and Haven Street off-ramps off of the 60 Freeway. The property currently has a completed Specific Plan, and a Tentative Tract Map for 143 units. The property is adjacent to existing residential housing on the north and west sides of the property. The seller was US Bank. The buyer was CV Communities of Santa Ana.

Earlier last year, Whittlesey negotiated the REO sale of 58 unimproved residential acres located at the Southeast corner of Schaefer Avenue and S. Archibald in The Avenue Specific Plan within the New Model Colony.  The property is fully entitled with approved improvement plans for 229 single-family detached homes on 2,880-square-foot lots to 4,950-square-foot lots. Located just south of well-traveled Riverside Drive and abutting the north/south corridor of Archibald Avenue, this site is conveniently located near the 15 and 60 freeways. The seller was California Bank and Trust. The buyer was RCCD, Inc.

Whittlesey reported that the buyers plan to hold the properties for approximately three years before they move forward with their development plans.

The New Model Colony is a key component of Ontario's long-term growth, and includes 8,200 acres of former dairylands annexed by the City of Ontario in 1999, and approved as a master planned community that will be built out over the next 20-plus years. The New Model Colony is bounded by Riverside Drive to the north, Milliken Avenue and Hamner Avenue to the east, the Riverside County line and Merrill Avenue to the south, and Euclid Avenue to the west. About 120,000 new residents are expected to move to the area in the coming decades.

"As sellers set their asking prices at today's values, well-located land will sell quickly; a good reason to be a buyer today before prices start increasing again. I don’t think we will see such values in the future as the market normalizes," Whittlesey noted.

"We are also seeing some new model homes open in Southern California as developers have right-sized their product to fit the smaller budgets of the new home buyers,"  added Whittlesey. "While home sales have lagged due to uncertainty in the market, properly positioned properties will be able to take advantage of the huge pent-up demand that is taking place. As soon as the consumer gets the impression that the economy is heading in the right direction, then they will become more active in the home buying market.”