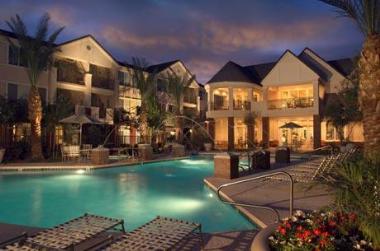 Occupancy reached 94.8 percent as of the third quarter, up from 93.8 percent a year ago and from 91.8 percent when the market's performance bottomed in late 2009.  "While occupancy isn't yet at an all-time high, the rate has moved a little ahead of the average level recorded over the course of the past decade or so," Willett said.  "The unusually small number of households leaving rental units to buy homes is really the key influence behind today's strong apartment occupancy performance.  Furthermore, it just doesn't take much new demand to surpass the small block of new supply that's coming online right now."

"All the bad news that's out there about the state of the overall economy is making apartment owners and managers a little nervous," Willett said.  "To date, however, operators clearly aren't letting some uncertainty about the future play much of a role when setting current rents."

MPF Research is anticipating that overall revenue growth for apartments in 2012 will look very similar to the results posted in 2011.  Occupancy is expected to climb another half percent to 1 percent, and rents are forecast to again rise between 4 and 5 percent.

Performance by product niche could shift in the near term, however, Willett notes.  "While top-tier developments currently are registering by far the best occupancy and rent growth in most metros, further pricing increases may push those properties outside the affordability range for some households.  We expect to see general churn pick up in the renter base from the low levels recorded recently.  Some households will move down to properties that are a little less desirable in terms of overall quality.  Other renters may opt for smaller units or combine separate households into roommate living arrangements."

Ten other large markets recorded rent growth between 5 and 8 percent on an annual basis.  Rental rates jumped 7.7 percent in Oakland and 7.3 percent in Seattle while growth registered at 6.9 percent in Austin, 6.6 percent in New York and 6.2 percent in Minneapolis.  Additional increases included 5.9 percent for Boston and Pittsburgh, while pricing climbed 5.7 percent in Denver, 5.5 percent in Portland and 5.4 percent in Charlotte.

The list of metro-level rent growth leaders has been consistent from one quarter to another of late, according to the MPF Research data.  The key exception is Charlotte, which is now shooting up the rankings.

"Charlotte was one of the last metros across the country to wrap up its apartment deliveries during the recession, so both occupancy and rents really took a beating," Willett said.  "As initial lease-up at those recent completions has progressed, occupancy is tightening quickly, and pricing power is returning in a big way."

Not quite strong enough to rank among the nation's rent growth leaders, Southern California is the spot to watch over the next few months, according to MPF Research.  "Los Angeles and Orange County ranked as notable laggards in 2010, but they are really gaining momentum now, and look like good candidates to break into the top tier of performers shortly," Willett said.

In particular, Los Angeles emerged as one of the nation's out-of-nowhere superstars for apartment revenue growth specifically during the third quarter, according to the MPF Research stats.  Demand for more than 15,000 apartments in Los Angeles during the third quarter pushed the metro's occupancy rate up 1.5 percentage points to 96.4 percent.  Effective rents rose 2.1 percent during the past three months, taking the annual increase to 4.8 percent.

"LA's numbers are huge shifts for a single quarter in a metro with more than a million total apartments," Willett said.  "The pace of recovery accelerated dramatically virtually overnight."