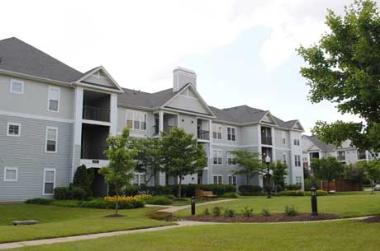 ROCHESTER, NY - Home Properties, Inc. announced that, on August 23, 2011, it purchased an apartment community in White Marsh, Maryland, for a total purchase price of $90.4 million.

"This acquisition in the Mid-Atlantic region is immediately accretive to earnings, as were the other acquisitions completed this year, and offers revenue-generating interior improvement opportunities, which will contribute to future value," said Edward J. Pettinella, President and CEO of Home Properties.

The Apartments at Cambridge Court (544 units), located in the heart of White Marsh, Maryland, was purchased for $90.4 million in cash, which equates to approximately $166,000 per apartment unit.  At closing, the property was 90.8% occupied at monthly rents averaging $1,314.  Current occupancy is 92.2%.  Centrally situated in eastern Baltimore County, the property has direct access to I-95, is two miles from I-695 (the Baltimore Beltway) and 10 miles from downtown Baltimore.  It is in close proximity to major employment centers and corporate campuses.  It also is adjacent to the retail complex White Marsh Town Center, which contains five anchor stores and 190 specialty shops.  The area has seen a 21% population growth between the 2000 and 2010 census.  The Apartments at Cambridge Court is well-positioned to capitalize on the growth at nearby Aberdeen Proving Ground (APG) where 8,500 high-paying jobs are slated for relocation as a result of Base Realignment and Closure (BRAC) required by September, 2011.  As a result of BRAC growth, defense contractors and supporting firms in related industries are expanding in the area.

The Apartments at Cambridge Court was built in 1999 and 2002.  It consists of 544 units in 18 three-story garden-style buildings (432 units) and two four-story mid-rise buildings (112 units).  The buildings are brick and vinyl sided and of wood-frame construction with concrete slab and poured foundations.  Roofs are pitched with decorative dormers covered with architectural-style asphalt shingles.  There are 218 one-bedroom units, 272 two-bedroom units and 54 three-bedroom units.  The average unit size is 962 square feet.  The property has all PVC plumbing and 100 amp electric service in each unit.  All units have individual gas-fired forced hot air and pad-mounted condensing units.  Electric service is individually metered.  Amenities include a swimming pool, clubhouse, fitness center, community gardens, children's playground, dog park, carports, in-unit washers and dryers and, in some units, fireplaces.

During the first three years of ownership, the Company expects to spend a total of approximately $2.6 million, in addition to normal capital expenditures, to upgrade units upon turnover.  Full upgrades will include new cabinets, countertops and appliances as well as a combination sink/vanity in bathrooms.  Management anticipates a 5.4% first year capitalization rate on this acquisition.  (The return is calculated after allocating 2.7% of rental revenues for management and overhead expenses and before normalized capital expenditures.) Acquisition costs of approximately $110,000 will be included in other expense in the 2011 third quarter.