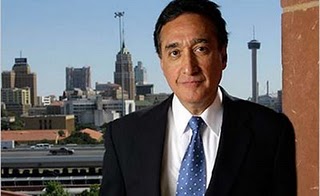 WASHINGTON, DC - Exemplary achievements in workforce housing – by an individual, the development community and public policy makers – are being celebrated tonight by the Urban Land Institute (ULI) Terwilliger Center for Workforce Housing at its prestigious ULI Terwilliger Center Workforce Housing Awards Gala in Washington, D.C. Headlining the event is a tribute to legendary housing leader Henry G. Cisneros, former secretary of the U.S. Department of Housing and Urban Development  (HUD), who is currently executive chairman of CityView in Los Angeles.

The center is also honoring the 2011 winners of the Jack Kemp Workforce Housing Models of Excellence Awards: The Hayes at Railroad Square in Haverhill, Mass.; Tapestry in East Harlem, N.Y., Columbia Commons/Columbia Hicks in Brooklyn, N.Y., and On the Park in Seattle; and it is announcing the first recipient of the Robert C. Larson Workforce Housing Public Policy Award, which is the City of San Jose, Calif.

Held in memory of Jack Kemp, the late HUD Secretary and member of the U.S. Congress, the gala is part of the ULI Terwilliger Center's ongoing efforts to position workforce housing as a critical component of vibrant communities. Keynoting the event is HUD Secretary Shaun Donovan; former HUD secretaries Mel Martinez (gala co-chairman) and Steven C. Preston, and ULI Terwilliger Center Founder J. Ronald Terwilliger will be among the nationally renowned housing and real estate experts participating in the event.

Secretary Cisneros's dedication to building better communities spans nearly four decades of service in both the public and private sector. He served as HUD secretary in President Clinton's administration from 1993 to 1997. During his tenure at HUD, he championed the enforcement of America's fair housing laws, successfully implemented the HOPE VI program to reform public housing, and expanded affordable housing opportunities for working families. Prior to his service at HUD, he served four terms as the mayor of San Antonio, gaining national recognition for his leadership in the city's economic revival. Now at CityView, he works with homebuilders nationwide to create affordable homes for working families.

"Henry is a champion of housing and great urban places. He has worked tirelessly to create a better quality of life for all of America's citizens -- particularly the less fortunate," said Terwilliger, chairman emeritus of Trammell Crow Residential in Dallas. "Henry's work has always been about improving how and where people live, work, learn and play. It's about creating places that are not just affordable, but appealing. His decisions and actions have catalyzed positive change within our nation's towns and cities."

The Jack Kemp Awards, being presented at the gala by Secretary Preston, are given to workforce housing developments that represent outstanding achievements in several areas, including innovative financing, unique construction methodologies, strong public/private partnerships, and replicability to achieve workforce housing affordability. The four winning developments for 2011 were chosen from 30 submissions located throughout the United States.

"These success stories show innovation and purpose on many levels. They are making a positive contribution to their communities, and they are providing important roadmaps for other communities in need of workforce housing," said Secretary Preston, now president and chief executive officer of OAKLEAF Waste Management in East Hartford, Conn.

The 2011 winner of the Robert C. Larson Workforce Housing Public Policy Award is the City of San Jose, Calif. New this year, the award recognizes an exemplary state or local government that provides ongoing and sustainable support for the production, rehabilitation or preservation of workforce housing. It is named in memory of ULI leader Robert C. Larson, a longtime ULI trustee, former ULI Foundation chairman and a member of the ULI Terwilliger Center advisory board.

San Jose is the nation's tenth largest city, with a population of nearly one million. The rapid growth of its high-tech sector over the past 20 years has resulted in soaring home prices that far exceed the purchasing power of workforce households. In response, the city has implemented a series of programs that have leveraged government resources and enlisted private and non-profit partners, focusing on new construction, multifamily and single-family rehabilitation and home buyer assistance. The city also implemented an expanded inclusionary zoning program to ensure that 20 percent of all new housing units in redevelopment areas and 15 percent of all new housing units citywide are affordable to low- and moderate-income families. These policies have facilitated the creation of more than 20,200 housing units; more than half --10,600 – are affordable to workforce households.

The Larson Award is being presented by Larson's son, ULI leader Eric B. Larson, president and chief executive officer of the Larson Realty Group in Bloomfield Hills, Mich. "My father believed that a keen sense of community would emerge when dedicated, smart people do the right thing. And public policy, with strong leadership, is key to the lasting quality of a community," Larson said. "We are thrilled that San Jose is the first recipient of this award bearing my father's name."

"Providing safe and affordable workforce housing has been an important part of San Jose's economic vitality," said San Jose Mayor Chuck Reed. "San Jose is the capital of Silicon Valley, the world's center of innovation, and having a variety of housing options for our workforce has helped us keep our competitive edge."

The ULI Terwilliger Center for Workforce Housing established in 2007 with a $5 million endowment to ULI from former ULI Chairman J. Ronald Terwilliger, chairman emeritus of Trammell Crow Residential and chairman of the ULI Terwillliger Center. The mission of the Center is to act as a catalyst in increasing the availability of workforce housing by harnessing the power of the private sector.

The Urban Land Institute is a global nonprofit education and research institute supported by its members. Its mission is to provide leadership in the responsible use of land and in sustaining and creating thriving communities worldwide. Established in 1936, the Institute has nearly 30,000 members representing all aspects of land use and development disciplines.