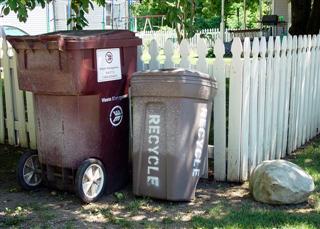 “We have finally overcome a great inequity,” said Blumenfield.  “Renters want and deserve the same opportunities to recycle as everyone else.  Before this bill, many renters could recycle only by hauling their waste across town to a recycling center.  Green living is the future and nothing is more basic than being able to recycle where you live.”

Assembly Bill (AB) 818 requires the owners of multifamily housing with five or more apartments to provide recycling services to tenants starting next year.  Blumenfield authored similar legislation in 2009, which was vetoed by former Governor Schwarzenegger, despite Blumenfield’s success in addressing concerns from apartment owners.

“This is a giant leap forward in expanding the power of every day acts to help save our environment and create thousands of green jobs,” added Blumenfield.

In Los Angeles, nearly 35% of the city’s residents live in apartments.  Each year, Los Angeles County generates 23 million tons of waste and recyclable materials and over 10 million tons of waste is sent to landfills.  The City of Los Angeles is responsible for one-third of the waste volume, with businesses and apartment complexes creating approximately 70 percent of the total.  In 2007, the City of Los Angeles sought to become a zero waste city and set ambitious recycling goals: 70 percent recycling rate by 2013, a 90 percent recycling rate by 2025 and zero waste by 2030.

“The path to meeting our recycling goals in Los Angeles goes through apartments,” concluded Blumenfield.

AB 818 is supported by a range of environmental organizations, cities, and counties.  Further information is available at: www.leginfo.ca.gov