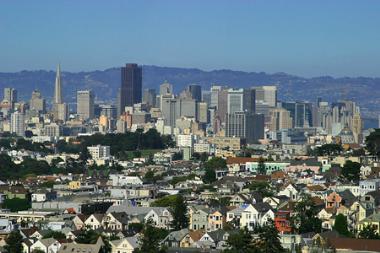 SAN FRANCISCO, CA - Archstone, a leader in apartment investment and operations, announced today that it has acquired a 3.15-acre development site in the Potrero Hill neighborhood in San Francisco. Archstone plans to build a 467-unit, well-appointed apartment community on the parcel located at the corner of 16th and 7th streets along Southern Embarcadero Freeway. Construction is expected to begin by August of 2012.

“The Potrero Hill neighborhood is one of San Francisco’s most sought after communities today,” said Neil Brown, Archstone’s chief development officer. “It is home to a number of world-class employers, as well as great retail and restaurant destinations. Like much of the San Francisco Bay Area, one of our core markets, opportunities to build an apartment community in Potrero Hill are extremely limited.”

The development site is also within a mile of dozens of high-technology employers in the South of Market and Showplace Square neighborhoods. In addition, the nearby Mission Bay neighborhood is anticipating the creation of tens of thousands of employment opportunities from two new developments – the University of California at San Francisco’s Medical Center and Hospital and Salesforce.com’s global headquarters.

For residents working outside of the area, the San Francisco apartments will be within one and a half miles of both a CalTrain and a Bay Area Rapid Transit station. The public transit systems offer easy access to a vast array of major employers in Silicon Valley and the East Bay.

Also within a mile of the development site is an eclectic mix of popular boutique shops, local restaurants and entertainment venues, including Axis Café, the San Francisco Design Center and Bottom of the Hill.

“This is going to be an exciting place to live in an amazing neighborhood,” said Richard Lamprecht, Archstone’s executive vice president of development for the West Region. “We’re excited about this acquisition and looking forward to beginning development on what will be Archstone’s 22nd apartment community in the San Francisco Bay Area.”

Archstone is a recognized leader in apartment investment and operations. The company's portfolio is concentrated in many of the most desirable neighborhoods in and around Washington, D.C., Los Angeles, San Diego, San Francisco, New York, Seattle and Boston. Archstone strives to provide great apartment rentals and great service to its customers—backed by service guarantees. As of June 30, 2011, the company owned or had an ownership position in 434 communities located in the United States and Europe, representing 77,084 units, including units under construction. Utilizing this tremendous amount of expertise and institutional knowledge, Archstone now also offers comprehensive advisory services to owners and lenders who want to maximize the value of their assets through Archstone Real Estate Advisory Services.