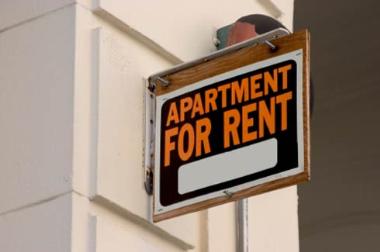 SAN FRANCISCO, CA - Apartment residents' likelihood of lease renewal continued a downward trend for the four quarters ending on June 30, 2011, according to Kingsley Associates' multifamily resident survey results. During this period, 61.4 percent of residents surveyed indicated they "probably" or "definitely" would renew their lease. After peaking at 65.0 percent in the middle of 2010, this figure has declined steadily.

The trend suggests that residents are beginning to react to the revenue optimizing practices associated with the past year's low apartment vacancy rates. "We've heard from our clients that they are managing for value, not just retention," comments John Falco, principal, Kingsley Associates' Atlanta office. "They are monitoring resident feedback extremely closely, but at the same time, they're capitalizing on a favorable market."

New York and Chicago lead major markets in resident renewal intent. In New York, 78.9 percent of surveyed renters indicated intent to renew, many of them influenced by the city's famous rent control policies. Next in line was Chicago, where 65.8 percent of residents plan to renew. Also in Chicago, 85.8 percent of residents called their overall satisfaction level either "good" or "excellent." This compares to 76.0 percent nationally.

Among residents likely to renew, location was cited as a factor by 73.4 percent, followed by community appearance at 45.2 percent and apartment features/finishes at 44.5 percent. And, while rental rate was the most frequently cited factor by residents unlikely to renew (43.0 percent), community management (24.9 percent) was as important as apartment features/finishes (24.3 percent). These and other findings are available in Kingsley Associates' Q2 2011 Multifamily Trends.

Kingsley Associates surveys in excess of 1 million apartment units annually on behalf of its clients. The findings outlined above are based on survey responses received between July 1, 2010 and June 30, 2011.

The most successful firms in real estate rely on Kingsley Associates for cutting-edge business intelligence solutions. With a depth and breadth of insight unmatched in the industry, Kingsley Associates is a leader in resident satisfaction surveys, tenant satisfaction surveys, client perception studies, strategic consulting and operations benchmarking.