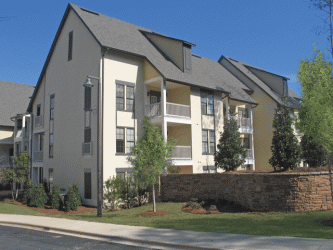 MEMPHIS, TN - MMA announced that it has completed the acquisition of Birchall at Ross Bridge, a 240-unit upscale apartment community located in the highly desirable South sub-market of Hoover, Alabama in the Birmingham metropolitan statistical area.

Birchall at Ross Bridge is a condo-quality community that was developed in 2009. The community offers a mix of 1, 2 and 3 bedroom floor plans with an average unit size of 1,182 square feet. The units offer luxury amenities including stainless steel appliances and granite counter tops. The community contains a resort-style pool, secluded trails and various resident centers, and is in walking distance of restaurants, specialty retailers and offices.

Birchall at Ross Bridge is located in Hoover, Alabama in the mixed-use Ross Bridge master planned community that includes one of the premier Robert Trent Jones Golf Trail courses and was named Best Community in America 2010 by the National Association of Home Builders.  Hoover, Alabama, situated at the intersection of I-65 and I-459 roughly 8 miles south of Downtown Birmingham, boasts one of the highest-ranked public school systems in Alabama and is the sixth-largest municipality in Alabama.

Commenting on the announcement, Al Campbell, EVP and CFO, said, "We are very pleased to add Birchall at Ross Bridge to our Alabama portfolio in the Birmingham market. Birmingham is home to several Fortune 500/1000 headquarters and hosts an extensive transportation network offering easy access to several other major markets. We believe the Birmingham economy will support strong leasing fundamentals for the foreseeable future."

The acquisition was funded by common stock issuances through MAA's at-the-market program and borrowings under our current credit facilities.

MAA is a self-administered, self-managed apartment-only real estate investment trust, which currently owns or has ownership interest in 48,426 apartment units throughout the Sunbelt region of the U.S.