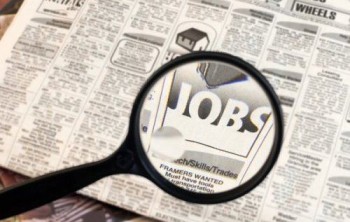 WASHINGTON, DC - Fannie Mae's latest quarterly National Housing Survey (NHS) finds consumer pessimism growing with concerns about job loss, as 64 percent of Americans surveyed during the second quarter saying the economy is on the wrong track, the most for any quarter since the inception of the survey in the first quarter of 2010.

That pessimism continued to mount in July, with Fannie Mae's monthly survey finding that 70 percent now believe the economy is on the wrong track, and just 23 percent say the economy is heading in the right direction.

"Consumers are more cautious due to concerns over employment and household finances," said Doug Duncan, vice president and chief economist of Fannie Mae.  "As a result, consumer spending, which accounts for about 70 percent of the economy, ground to a halt in the second quarter.  Consumers are more hesitant to take on additional financial commitments, and a setback to confidence means a setback to the recovery of the housing market."

The Fannie Mae Second-Quarter 2011 National Housing Survey polled homeowners and renters to assess their attitudes toward owning and renting a home, confidence in homeownership as an investment, the current state of their household finances, views on the U.S. housing finance system, and overall confidence in the economy.

Duncan states, "Survey data make clear the relationship between home purchase demand and concerns about the stability of employment.  Dissatisfaction about the direction of the economy and related employment fears are damping demand to buy homes and slowing the recovery.  People who believe owning is a better deal than renting are nonetheless planning to rent, at least until things improve it would seem."

For more detailed findings from the survey, click here.

From April 4, 2011 to June 28, 2011, 3,002 telephone interviews were conducted with Americans aged 18 and older to assess their confidence in homeownership as an investment, the current state of their household finances, views on the U.S. housing finance system, and overall confidence in the economy.

This included a random sample of 3,002 members of the General Population, including 750 Outright Homeowners, 1,261 Mortgage Borrowers, and 841 Renters. Out of the 1,261 Mortgage Borrowers, 324 identified themselves as Underwater Borrowers (those who report owing at least 5 percent more on their mortgage than their home is worth). The overall margin of error for the general population sample is +/- 1.79 percent and larger for sub-groups.

Fannie Mae exists to expand affordable housing and bring global capital to local communities in order to serve the U.S. housing market. Fannie Mae has a federal charter and operates in America's secondary mortgage market to enhance the liquidity of the mortgage market by providing funds to mortgage bankers and other lenders so that they may lend to home buyers. Our job is to help those who house America.