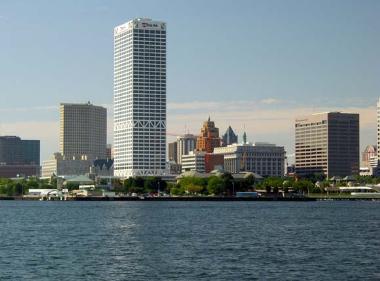 MILWAUKEE, WI - U.S. Bank, a financial and community leader in Milwaukee for more than 158 years, announced several new initiatives to support the City of Milwaukee in its Neighborhood Stabilization Program (NSP) efforts.

Mayor Tom Barrett said, “Foreclosed and vacant properties present significant challenges for Milwaukee and other communities throughout the country. It takes cooperative efforts including government, the private sector, and residents to address the issues. I am pleased U.S. Bank continues its partnerships to mitigate the negative impacts of foreclosures, and I thank U.S. Bank for its continuing commitment.”

Lisa Glover, U.S. Bank senior vice president and director of community affairs said, “U.S. Bank is proud to be a longtime supporter of the City’s efforts to stabilize our neighborhoods. Many have been hit hard by the housing crisis and we want to provide sustainable resources that will help rebuild and revitalize our community.”

U.S. Bank, in cooperation with the City of Milwaukee, will set up a $1 million U.S. Bank Community Restoration Fund to acquire and rehabilitate foreclosed properties in the City’s designated NSP zones. This revolving loan fund will be made available to selected smaller neighborhood developers working in neighborhoods such as Layton Boulevard, Sherman Park, and Lindsay Heights, at 0%, providing a source of much needed short term capital that they can quickly access.

Maria Prioletta, City of Milwaukee Redevelopment and Special Projects Manager, said, “U.S. Bank’s fund will provide short term financing to smaller developers who are creditworthy and experienced, but often lack the ability to gain financing quickly enough to purchase properties as they come on the market. Now they will be able to purchase, rehab, and sell the property sooner to qualified borrowers. The revolving aspect of U.S. Bank’s loan pool will allow the funds to be reinvested, ultimately going above and beyond their $1 million commitment.”

U.S. Bank is also playing a leadership role on the development of two additional loan pools; one with the City of Milwaukee and one with Select Milwaukee that will provide additional funding for home revitalization efforts in Milwaukee’s neighborhoods.

U.S. Bank will commit up to $15 million in mortgages to qualified borrowers in the NSP zone over the next four years. One of the products offered will be U.S. Bank’s signature American Dream Program that allows for lower down payments and an option to add funds for repairs.

Alderman Michael Murphy, whose 10th Aldermanic District includes some of the Sherman Park neighborhood, said U.S. Bank is bringing its unique set of tools to the table to help creatively solve the issue. “At the end of the day, it’s about stabilizing our neighborhoods and that is great news for Milwaukee.”

Glover noted that the new programs are in addition to the work the Bank is already doing to rebuild communities in collaboration with non profit housing partners in Milwaukee. U.S. Bank has played a leadership role in Take Root Milwaukee, a campaign started by Mayor Barrett to get information out to the public about trusted tools and resources available to purchase and sustain homeownership in Milwaukee. In 2011, U.S. Bank will give more than $240,000 in grants to housing agencies working within the City of Milwaukee, including a large regional grant to Mercy Housing for support of programs such as Cleanslate which provides property preservation services on foreclosed properties.

Raymond Schmidt, executive director of Select Milwaukee and a member of Take Root Milwaukee, said, “We have one common agenda and that is to turn our neighborhoods around. U.S. Bank has been on the ground and at the table with many community leaders. They have focused on designing solutions to rebuild our neighborhoods that can serve as a model for the whole country."

U.S. Bancorp (NYSE: USB), with $321 billion in assets as of June 30, 2011, is the parent company of U.S. Bank, the fifth-largest commercial bank in the United States. The company operates 3,086 banking offices in 25 states and 5,086 ATMs and provides a comprehensive line of banking, brokerage, insurance, investment, mortgage, trust and payment services products to consumers, businesses and institutions. U.S. Bancorp and its employees are dedicated to improving the communities they serve, for which the company earned the 2011 Spirit of America Award, the highest honor bestowed on a company by United Way.