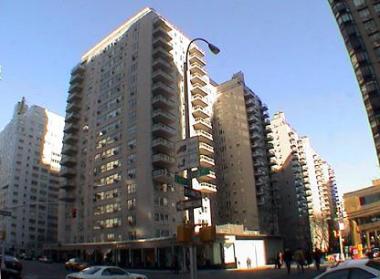 NEW YORK, NY - The first-ever New Development Market Report reveals that year-over-year condominium sales, on a price per square foot basis, in Manhattan and Brooklyn are up by 6% and 2%, respectively.  In its inaugural issue, presented by MNS, a leading residential brokerage and sales and marketing firm, the New Development Market Report tracks the market trends with a quarter-over-quarter and year-over-year comparison throughout Manhattan and Brooklyn on both a city-wide and neighborhood basis.

"With the releases of this report, we have created one source that shows how many units are sold, at what price-per-square-foot and at what unit mix broken down by area," said Andrew Barrocas, CEO of MNS.  "The report will serve as a useful guide not only for developers, but buyers and sellers alike."

Some highlights of the report include the following:

"With all of the real estate reports out there, we saw a void in the marketplace regarding new condominium developments that our report intends to fill," stated Ryan McCann, Executive Vice President of Marketing of MNS. "By putting all this information in one spot, this report will serve as a great indicator of where development in general is moving."

The First Quarter 2011 edition of our New Development Market Report was researched and prepared by MNS. New Development Sales data, defined as such "Arms-Length" first offering transactions where the seller is considered a "Sponsor", was compiled from the Automated City Register Information System (ACRIS) for sponsor sales that traded during the First Quarter of 2011 (01/01/11 – 03/31/11).

MNS is a leading residential brokerage and sales and marketing firm with offices in Manhattan and Brooklyn, and is the exclusive sales and marketing firm on some of the largest and fastest selling condominium projects in New York, including One Brooklyn Bridge Park and The Edge. MNS is also known for its monthly rental report – the only one of its kind in New York – which has become the premier source of information on rental trends for consumers and the industry alike. The company was created in 2009 with the joint venture The Real Estate Group of NY, a seven-year-old brokerage company and The Developers Group, an eight-year-old sales and marketing company.