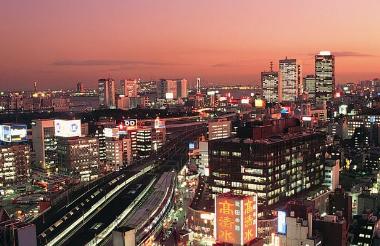 BEVERLY HILLS, CA - International real estate investment and services firm Kennedy Wilson announced that the company’s Japanese subsidiary refinanced part of its multifamily portfolio in the amount of $63.8 million at an interest rate of 1.70%, fixed for five years. Mitsubishi Tokyo UFJ Bank provided the financing, and this transaction follows the partnership’s $262 million refinancing in March of this year.

“We are pleased with the strong relationships that we have with all three of Japan’s megabanks, including Mitsubishi Tokyo UFJ, SMBC and Mizuho,” said Mary Ricks, executive vice chair of Kennedy Wilson. “Our ability to secure these rates from the country’s top banks is a testament to the quality of our assets and stable cash flow.”

Kennedy Wilson has been active in Japanese real estate since 1992 and, in a separate venture in 2002, became one of the first U.S. real estate companies to go public in Japan.

Founded in 1977, Kennedy Wilson is an international real estate investment and services company headquartered in Beverly Hills, CA with 23 offices in the U.S., Europe and Japan. The company offers a comprehensive array of real estate services including auction, conventional sales, property services and investment management. Through its fund management and separate account businesses, Kennedy Wilson is a strategic investor of real estate investments in the U.S., Europe and Japan.