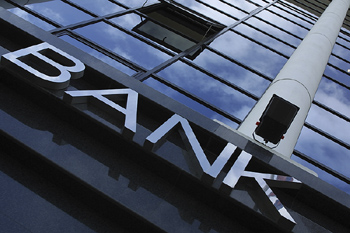 The Federal Home Loan Banks are owned by more than 7,700 members. Members are lending institutions of all sizes and many types, including community banks, credit unions, insurance companies and Community Development Financial Institutions (CDFIs). The core business of the Federal Home Loan Banks is to make collateralized loans, called “advances,” to their members who invest those funds in housing, businesses and services in their local economies.

The Office of Finance of the Federal Home Loan Banks today released financial highlights for the second quarter of 2011. The report showed nearly $430 billion in outstanding advances as of June 30.

“In a period when many local communities are struggling against high unemployment and a weak economy, Federal Home Loan Banks continue to serve as an essential component of the financial system by keeping capital and credit flowing to where it’s needed most,” said John von Seggern, president and CEO of the Council of Federal Home Loan Banks, a Washington-based trade association.

“The Federal Home Loan Bank System, comprised of local lenders everywhere in the country, is serving its purpose during a very challenging time for so many Americans,” von Seggern said.

The Office of Finance’s July 29 release reported the change in the level of advances over the previous quarter.

“The financial highlights released today illustrated once again that the amount of our funding will always expand and contract depending on demand and broader economic activity,” von Seggern said. “Right now poor economic conditions and high levels of deposits have dampened demand for advances.”

On May 18, the acting director of the Federal Housing Finance Agency (FHFA), Edward J. DeMarco, said that Federal Home Loan Banks “have managed both the increase and the decline in advances without a hitch.”

Today’s release by the Office of Finance also included information on the investment portfolios of the 12 Federal Home Loan Banks.

“The Federal Home Loan Banks use careful investing to balance out the changing demands for advances,” von Seggern said. “Demand for advances adjusts cyclically but the fixed costs of doing business rise every year.”