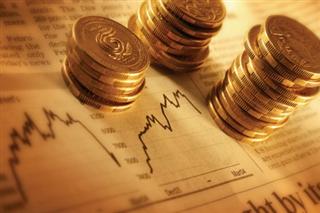 WASHINGTON, DC - Venture capital investment is having a direct impact on job growth, which in turn is spurring strong demand for commercial properties, according to a new whitepaper, entitled Insights: Commercial Grows Where the Venture Capital Flows, just published by Cassidy Turley, a leading commercial real estate services provider.  During the past 12 months, many of the nation's top performing office markets – including New York, Boston, San Jose and San Francisco – were also among the most active in terms of venture capital investment.  These markets are expected to continue to see the strongest levels of growth in office demand in 2011 and 2012.

"Venture capital flows are a clear bright spot in a still-tenuous economic recovery," said Kevin Thorpe, Chief Economist at Cassidy Turley.  "In nearly every single major market where there are significant venture capital flows, current office space requirements are up.  For the most part, tech users are driving office market demand as they expand their real estate holdings in anticipation of expanding their payrolls."

Following are key highlights from the whitepaper:

"Tracking venture capital investments and related regional job growth sheds light on how one industry can become a major player in job creation and shaping the economic landscape," said Garrick Brown, Northern California Regional Research Director at Cassidy Turley. "Whether we are talking about hardware, software, green energy or biotech, the venture capital industry and the tech sector specifically are proving to be trustworthy economic indicators that should be watched."