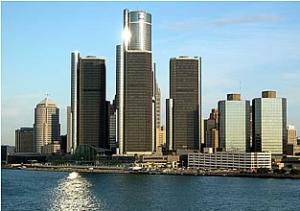 DETROIT, MI - The Detroit Housing Commission (DHC) has received official notification from the United States Department of Housing and Urban Development (HUD) that is has finally been removed from HUD's troubled designation list where it had been since 2005.

According to Karen Newton Cole, Director of the HUD Office of Receivership Oversight, a staff comprised of representatives from the Recovery and Prevention Corp (RPC) and the Minneapolis Office of Public Housing visited the DHC in May to conduct a Section Eight Management Assessment Program (SEMAP) Confirmatory Review of the commission's Housing Choice Voucher (HCV) Program.

The SEMAP is designed to assess whether the HCV program operated to help eligible families afford decent rental property units at the correct subsidy cost.  It also establishes an objective system for HUD to measure housing authority performance in key HCV program areas to ensure program integrity and accountability.

Based on the representatives' findings, the Detroit Housing Commission received 108 out of 145 total points for a score of 74 percent, which led to its status of a "standard performer designation" and its removal from the list.   The HUD Detroit field office will continue to work with DHC to monitor its continued progress and provide technical assistance as needed.

"We are extremely proud to have been removed from the troubled list and being able to start the management transition of the DHC back to the City of Detroit," said Eugene Jones, executive director of the Detroit Housing Commission.  "All the issues that were identified in 2005 have been resolved," he added.

"Since being placed on the list, we have worked very hard to make the necessary changes so that we could serve our residents better and provide them with the quality, affordable housing that they not only need, but that they deserve.  Looking ahead, the Detroit Housing Commission will continue to move forward as a high performer,” according to Jones.

Currently, the DHC has three major developments under development: Cornerstone Estates, Emerald Springs and Gardenview Estates.  When complete, these developments will feature more than 1,200 hosing units in the city.

The Detroit Housing Commission provides quality affordable housing in a safe living environment for low and moderate-income residents of the Detroit Metropolitan area. DHC is the largest public housing agency in Michigan and is committed to developing state of the art affordable housing in mixed-income communities with the addition of community, educational, recreational, homeownership and training programs.