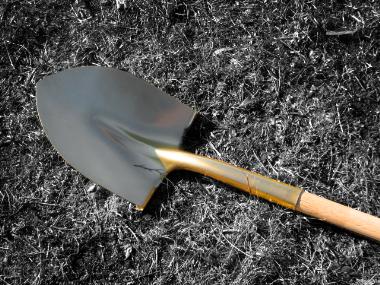 BOCA RATON, FL - In another sign that U.S. credit markets are improving, Florida-based luxury, residential rental developer, The Altman Companies, today announced it has acquired construction financing of a $18.4 million loan through City National Bank of Florida (CNB) with equity provided through Sarofim Realty Advisors and Altman to develop a 258-unit rental community in New Tampa.

Ground breaking has occurred for Altis at Grand Cypress.

The site is comprised of 60 acres located on the west side of Livingston Road and south of Highway 54 in a rapidly growing area referred to as "New Tampa North" in Pasco County. Twenty acres will be devoted to development with remaining acreage set aside for a lake and a forested cypress preserve.

According to Altman Chairman, Joel Altman:  "This property was in planning over the past four years and we were successful in securing permits through the combination of a lot of hard work and the assistance of the staff at Pasco County and South West Florida Water Management District.  We believe the Pasco County area has its best days ahead, and are looking forward of being a part of it. We are also pleased that we will be bringing over 100 new jobs on average over the next 17 months to Pasco County. Once completed, Altis will also generate approximately $250,000 per annum of additional tax revenue for the county."

Altman said the community will feature 17 two-story, apartment buildings with 258 units, all with private entries.  Selected units will have attached garages. There are three building types consisting of one- two- and three-bedroom apartment homes. The expansive clubhouse will have a billiards table, kitchen/coffee bar area, business center and a large fitness center with an adjoining fun and study room for the kids. Site Amenities will include a spectacular resort-style swimming pool with beach entry, a private sunning deck, an outdoor lounge bar area with TV's, fireplace, large playground, and multiple picnic/BBQ areas. The apartments will have exceptional, high quality amenities and finishes, including designer style kitchens and baths, and energy efficient appliances.

The first units are scheduled to be delivered in July 2012.  Start of construction to completion is anticipated to take 17 months. Pre-leasing is scheduled to begin in May 2012.

Recent Florida rental communities developed and managed by The Altman Companies, which is headquartered in Boca Raton, Florida, include Peninsula in Boynton Beach, Satori in Fort Lauderdale, Grove East in Plantation, Altis at Cypress Creek in North Lauderdale and Altis at Windermere in Orlando.

Since 1968, the Altman Companies has developed, constructed, acquired and managed in excess of 20,000 multi-family units in Florida, Michigan, Illinois, Tennessee, Georgia, Texas and North Carolina. Altis at Grand Cypress is Altman's fourth development in Tampa. Known for its development of exceptional quality rental apartments and condominiums, the company has been a leader in the rental apartment field and has always achieved above market results.