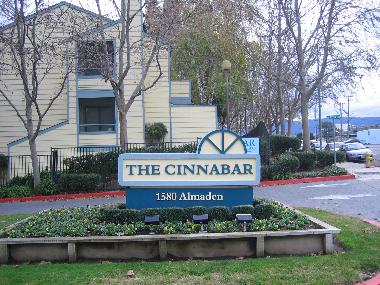 Cinnabar was purchased through a joint venture with Trecap Partners at a price of $25.2 million.  Alpine Court was purchased on a wholly owned basis for roughly $6 million.  Pacific plans to inject additional capital into both properties as part of planned repositionings.

Pacific’s Vice President, Eric Schrumpf, highlighted the firm’s interest in the properties, “Through the acquisition of Cinnabar and Alpine Court, we have added a pair of well located and high quality assets to our already sizable Bay Area portfolio.  We believe that both Properties are well positioned to benefit from the  ongoing recovery in Bay Area apartment operating fundamentals and that the planned renovation programs for both projects will be well received by the market.

Cinnabar was constructed in 1988.  The property is located roughly 1.5 miles south of downtown San Jose and just outside of the heart of Willow Glen, one of the most desirable residential areas in all of San Jose.  Willow Glen boasts million dollar homes and Lincoln Avenue, one of the most desirable stretches of authentic downtown retail in the South Bay with a vibrant mix of local and national shops and restaurants, but is underserved by larger high quality multi-family rental communities.

Cinnabar is a two-story garden style property with a leasing office, central pool and spa area serving as the primary community amenities.  The amenity package at the asset will be improved through the addition of a fitness center and an enhanced leasing presence as part of Pacific’s renovation plan which will also include modest unit interior improvements.

Alpine Court was constructed in 1959.  The property is located one block from downtown Walnut Creek, one of the most prestigious high-end retail districts in the East Bay and home to many high-end retailers and restaurants catering to the affluent Walnut Creek population (merchants include Tiffany’s, Apple, Nordstrom, Pottery Barn, Lark Creek, Ruth’s Chris Steak House, etc.).  While the property is extremely close to the central retail district, it is also less than one quarter of a mile from the City maintained 2.5 acre Alma Park, which provides nearby open green space for residents to enjoy.

Alpine Court was built in 1959 and is comprised of three two-story buildings arranged around a large central courtyard.  The amenity package at the asset will be improved through an overhaul of the property’s central courtyard and an improved marketing window inclusive of a refreshed leasing presence and property signage.  Unit interiors will also be updated though the renovation to allow the Property to compete more effectively in the market.

The acquisitions of Cinnabar and Alpine Court are consistent with the overall increase in investment activity at Pacific Urban Residential during 2011.  Pacific Urban Residential was formed through the combination of Pacific Property Company and Urban Housing Group which took effect at the end of a highly productive 2010 for the two groups which included $400,000,000 in total investment activity.  In addition to the two recently closed Bay Area investments, Pacific will be closing on significant southern California apartment acquisition in the coming weeks and is actively proceeding on a Bay Area multi-family development pipeline which spans five separate projects totaling roughly 1,100 units.

Pacific Urban Residential is a privately owned multifamily investment company seeking to acquire attractive apartment investment and development opportunities throughout the West Coast, with a focus on California and the Pacific Northwest. Formed in 1998, Pacific Urban Residential has a current portfolio in excess of 8,000 units with a cost basis exceeding $2.0 billion.