Corgan Named Design Firm of The Year by ENR 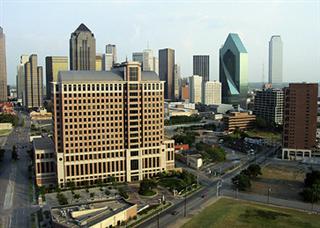 DALLAS, TX - Corgan, one of the largest U.S.-based architectural and interior design firms, was named the Design Firm of the Year by Engineering News-Record (ENR) Texas & Louisiana, marking the first time the publication has presented this award.

An editorial committee consisting of ENR editors from around the country chose Corgan based on a variety of factors including revenue information, major projects awarded, growth in recent years, sustainability initiatives, corporate and community responsibility and other industry recognitions.

“It is a real honor to be named Firm of the Year by ENR,” said Bob Morris, Corgan president and CEO. “We’ve been fortunate to have a consistent stream of great projects throughout the United States and abroad again this year, showcasing our talent and expertise. This kind of recognition energizes us to continue delivering great design and best of class solutions for our clients.”

“Once we had narrowed down our short list to the final two, our selection of Corgan was unanimous,” said Eileen Schwartz, editor-in-chief of ENR Texas & Louisiana.

Currently, Corgan is completing many notable projects including a joint venture partnership with HDR Architecture, Inc. for the $1.27-billion new Parkland Hospital campus and the Love Field Modernization Program, a renovation of Dallas Love Field Airport that will include a new centralized concourse with 20 gates, a remodeled lobby, expanded baggage claim area and new ticketing wing.

From its founding in 1938, Corgan has grown into one of the largest U.S.-based design firms focused on architecture. Named the 2011 Design Firm of the Year by ENR Texas & Louisiana and recognized as the Best Large Architecture Firm to Work for in 2009 and 2010 by ZweigWhite, Corgan employs over 300 professionals in its offices in Dallas, New York, Phoenix, Houston, Miami, Sacramento and Beijing. As its design opportunities have expanded from local to international, Corgan has developed special expertise in corporate, aviation, health care, education and mission critical facility design, as well as digital visualization services through Corgan MediaLab.