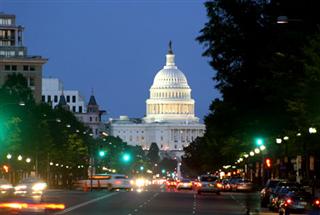 WASHINGTON, DC - A drop in some mortgage loan limits for the government-sponsored enterprises (GSEs) Fannie Mae and Freddie Mac and the Federal Housing Administration scheduled to occur on Oct. 1 will reduce housing demand and place downward pressure on home prices in major housing markets, according to a new study from the Economics and Housing Policy Group at the National Association of Home Builders (NAHB).

When they come up for sale, the homes that will become ineligible to be purchased and securitized by the GSEs or to be purchased with FHA-insured financing as a result of the lower limits "would likely require financing with higher mortgage interest rates and other less favorable loan terms, such as higher required downpayments and more stringent credit history thresholds," according to the report.

"The lower limits will place a constraint on home buying in high-cost housing markets, such as those along the coasts and in California. It is the last thing we need in a housing market that is still struggling to get back on its feet," said NAHB Chairman Bob Nielsen, a home builder from Reno, Nev.

The downward pressure on prices could extend beyond the homes directly affected by the lower limits, the study warns, because first-time and trade-up home sales are interrelated.

The size of "conforming" mortgages for the GSEs is currently limited to $417,000 in general, but that ceiling can rise to as high as $729,750 using a statutory formula based on local median home prices.

Unless Congress acts to extend these levels, they will revert to the lower permanent criteria for high-cost areas under the Housing and Economic Recovery Act of 2008.

Looking at limits published by the FHFA, 204 counties -- or 6.5% of the 3,143 counties in the U.S. -- will see a decrease in their high-cost conforming loan limit. These counties represent relatively dense concentrations of population and housing and contain 20.7 million owner-occupied units out of the 75.3 million nationwide, or 27%.

In the counties facing a decline, the average decline in the loan limit will be $67,018, down 11% from current levels.

Lowering the limits will take an even bigger toll on homes eligible for FHA-insured financing, the study finds.

As with the GSEs, the national ceiling for FHA loans will drop to $625,500 on Oct. 1, and for counties whose housing is priced somewhere between that amount and the lowest ceiling of $271,050, the FHA mortgage loan limit will also decline from 125 percent to 115 percent of the area median.

For counties facing a decline, the average drop in the FHA loan limit is $58,060, down 14% from current levels.

The National Association of Home Builders is a Washington-based trade association representing more than 160,000 members involved in home building, remodeling, multifamily construction, property management, subcontracting, design, housing finance, building product manufacturing and other aspects of residential and light commercial construction. Known as "the voice of the housing industry," NAHB is affiliated with more than 800 state and local home builders associations around the country.