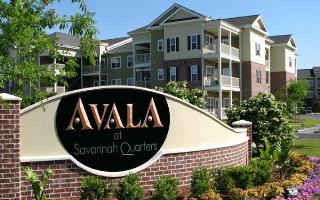 MEMPHIS, TN - MAA (NYSE: MAA) announced that it has completed the acquisition of Avala at Savannah Quarters, a 256-unit upscale apartment community located in the highly desirable area of Pooler in Savannah, Georgia.

Commenting on the announcement, Al Campbell, EVP and CFO said, "We are very pleased to add Avala at Savannah Quarters to our Georgia portfolio. We believe the continued growth of the Port of Savannah, which is the fourth largest container port in the United States, and the recently announced expansion of Mitsubishi Power Systems will further support steady economic growth in the area for the foreseeable future."

The acquisition was funded by common stock issuances through MAA's at-the-market program and borrowings under our current credit facilities.

MAA is a self-administered, self-managed apartment-only real estate investment trust, which currently owns or has ownership interest in 47,910 apartment units throughout the Sunbelt region of the U.S.
Source: MAA