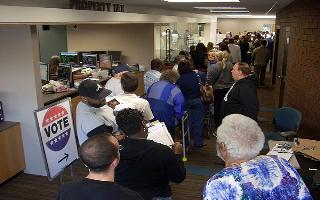 WASHINGTON, DC - Nearly three out of four American voters believe that it is reasonable and appropriate for the federal government to provide tax incentives to promote homeownership, a sentiment that cuts across partisan and regional lines across the country, according to a recent poll conducted on behalf of the National Association of Home Builders (NAHB). Further, an overwhelming majority of respondents oppose eliminating the mortgage interest deduction and would be less likely to support a candidate for Congress who wants to do away with this vital tax incentive.

"Despite the current housing downturn, Americans still see homeownership as a core value and a key building block of being in the middle class and creating strong jobs in their communities," said Celinda Lake, president of Lake Research Partners, which conducted the survey along with Public Opinion Strategies. "The bottom line: The bipartisan consensus outside the Beltway is that owning a home remains an essential part of the American Dream and voters would strongly oppose any efforts by lawmakers to increase barriers to homeownership."

Two thousand likely 2012 voters were surveyed from May 3 through May 9 to assess the public's attitude in the wake of the Great Recession towards housing, the mortgage interest deduction and the value of homeownership. The survey included data from key political "swing areas," broken out by House Republican freshmen seats, National Journal political analyst Charlie Cook's swing House and Senate seats, and Washington Post reporter Chris Cillizza's presidential toss-up states. Among the poll's key findings:

73 percent of all respondents - both owners and renters - believe the federal government should provide tax incentives to promote homeownership. This support for housing runs strong among all party affiliations, with 79 percent of Democrats, 71 percent of Republicans and 68 percent of Independents agreeing with this statement.

58 percent of voters residing in House GOP freshmen districts, 58 percent in the Cook Report's House swing districts, 56 percent among the Cook Report's Senate toss-up races and 54 percent of voters living in Cillizza's presidential swing states said that they would be less likely to vote for a candidate for Congress who proposed to eliminate the mortgage interest deduction.

Even when told that getting rid of the mortgage interest deduction would help ease the federal budget deficit, 65 percent of voters opposed any proposal to abolish the housing tax provision. This strong consensus cuts across partisan lines, with 69 percent of Republicans, 69 percent of Independents and 59 percent of Democrats opposing eliminating the deduction.

Saving for a downpayment and closing costs is the biggest barrier to homeownership.

Among voters who are aware of proposals under consideration by Washington policymakers to raise the downpayment requirements for a home loan, 92 percent believe it will make it more difficult to buy a home. Six federal agencies are proposing a national standard to require a minimum 20 percent downpayment, which would be opposed by households most likely to be affected - mortgage holders and renters ages 18 to 54. Among voters in these age groups, 59 percent of renters and 58 percent of those holding a mortgage oppose adding that obstacle to buying a home.

"The polling found that there is a significant disconnect between Washington policy makers and the nation's electorate when it comes to the mortgage interest deduction, the importance of homeownership and the need to keep housing a national priority," said Neil Newhouse, a partner and co-founder of Public Opinion Strategies. "The Administration and some in Congress are floating plans to curtail or even abolish the mortgage interest deduction and impose changes that would make it much more difficult and expensive to get a home loan. This is in direct opposition to the views of most Americans, who want the government to encourage growth in the housing market and to maintain tax incentives to keep housing affordable."

81 percent of voters agree on the need to promote policies that encourage homeownership in order to rebuild the middle class and 83 percent believe that a strong housing industry will provide more jobs and strengthen the economic health of local communities.

75 percent of voters say that owning a home is the best long-term investment they can make.

73 percent of voters who do not now own a home say that it is a goal of theirs to eventually buy a home.

An even greater percentage of home owners - 95 percent - say they are happy with their decision to own a home, and believe that owning their own home is important.

"Those in Congress who believe that homeownership and housing choice should no longer be national priorities would be well-served to study the results of this poll and hear what the American people think," said NAHB Chairman Bob Nielsen, a home builder from Reno, Nev. "To put it another way, America's voters have spoken. If Congress abandons policies to support the goal of homeownership and to keep housing affordable, lawmakers could be in for a rude awakening in the 2012 elections."

To view the poll slides, please go to: www.nahb.org/voterpoll

Public Opinion Strategies is a national political and public affairs research firm based in Alexandria, Va. Founded in 1991, it has conducted more than 6 million interviews with voters and consumers in all 50 states and over two dozen foreign countries.

The National Association of Home Builders is a Washington-based trade association representing more than 160,000 members involved in home building, remodeling, multifamily construction, property management, subcontracting, design, housing finance, building product manufacturing and other aspects of residential and light commercial construction. Known as "the voice of the housing industry," NAHB is affiliated with more than 800 state and local home builders associations around the country.
Source: National Association of Home Builders