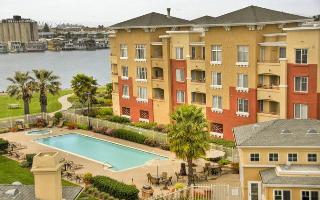 "This is an attractive opportunity to invest in a waterfront, market-rate community in one of California's strongest rental markets," said Stephen C. Dominiak, executive vice president and chief investment officer of BRE. "The community was purchased at a discount to replacement cost and further supports BRE's strategy of concentrating capital and expansion in the Bay Area. The community's low density of 31 apartment homes per acre is unique in an urban infill location and is expected to provide BRE with a competitive advantage in the market." The property was acquired on an unencumbered basis with proceeds from the company's recently completed equity offering, which closed on May 11, 2011. The Landing at Jack London Square is expected to generate a first year net operating income to acquisition cost yield of approximately 5.0% and is currently 95% occupied.

Built in 2001, the urban infill property consists of four buildings with an average unit size of 914 square feet. Each building consists of three levels of apartment homes over a single level, at-grade parking structure. The buildings' orientation provides over 30% of the apartment homes with water views. The transit-oriented community is within walking distance of the Alameda/Oakland Ferry dock, the Lake Merritt BART Station, 12th Street/City Center BART station and the new Jack London Square Amtrak rail station, and is convenient to the Oakland airport and downtown San Francisco. Major employers in the area include The Clorox Company, Kaiser Permanente, Ask.com, Federal Government and APL Limited. Downtown Oakland currently houses an estimated 11.5 million square feet of office space and approximately 76,000 workers. The Port of Oakland is the fifth busiest container port in the United States with nearly $33 billion worth of cargo moving through the seaport each year.