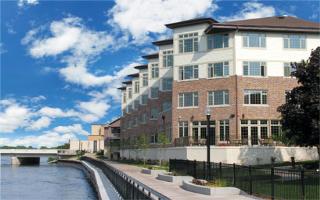 CICERO, IN - Research by the AARP has shown that 90 percent of the Baby Boomers do not want any of the senior housing options currently available—they would rather live at home. Mainstreet is working to transform the status quo for senior housing, designing projects around social interaction, independence, resort-style living and quality care.

"The generation currently living in senior housing grew up during the Great Depression and is comfortable living a simple and moderate lifestyle," said Zeke Turner, Chairman and CEO of Mainstreet. "The generation after them is much different, and senior housing is going to have to innovate to meet their higher standards of living."

According to the Administration on Aging, the population 65 and over will increase from 35 million in 2000 to 55 million in 2020. To meet the growing demands of the retiring Baby Boomer generation, there will need to be between a $200 and $300 billion investment in senior care.

"Downsizing shouldn't mean downgrading," Turner said. "We want our properties to have the look and feel of a cruise ship or vacation property, not a hospital."

Mainstreet facilities are unique in that nearly all feature private rooms and baths, pleasing architectural design – which lends itself to greater curb appeal, and a heavy focus on social amenities, including a "Main Street" concept with beauty salons, game rooms, fitness facilities, multiple dining options, ice cream parlors and pubs. New buildings often coordinate with community revitalization projects and on average generate up to 375 construction jobs and over 150 permanent positions.

Mainstreet was recently listed by the Indianapolis Business Journal as the third-fastest growing private company in Indianapolis. In 2010, it was included in the Inc. 500 list of the fastest-growing private companies in America and named one of 41 "Companies to Watch" in the state by the Indiana Economic Development Corporation, Purdue University and the Edward Lowe Foundation.

Mainstreet, founded in 2002 and located in Cicero, Ind., owns, either solely or in concert with its subsidiaries, 11 properties, including eight senior housing and care properties. Additionally, the company has another eight health care campuses in various stages of construction and development in the Midwest.
Source: Mainstreet