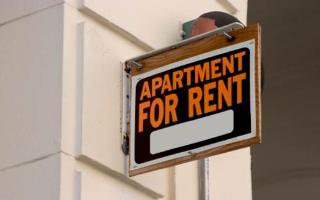 WASHINGTON, DC - The "new normal" favors more renting, which requires new thinking about our housing policy, according to speakers at the National Multi Housing Council's (NMHC) Mid-Year Apartment Strategies/Finance Conference and Board of Directors meeting held in Palm Beach, FL.

Speaking to more than 300 of the nation's leading apartment executives, observers from both sides of the political spectrum expressed the need for ongoing federal intervention in the housing market. Industry experts also examined how apartments will change based on the preferences of today's renters. A discussion with former Florida Governor Jeb Bush wrapped up the gathering.

Republican Doug Holtz-Eakin, President of the American Action Forum and former Director of the Congressional Budget Office, said that while it's "inconceivable" that the U.S. would stop subsidizing shelter, "shelter is shelter" and subsidies should not be tied to whether someone rents or owns.

Holtz-Eakin suggested that subsidies should be on budget, should follow Americans as they change tenure, should be done through financing mechanisms and should not encourage debt financing over equity. Such a policy, he said, would effectively be an annual appropriation for loan guarantees for the entire residential sector.

Assessing the likelihood of any solution being enacted in the near term, he noted that Congress will likely wait until the housing market is stronger before tackling housing finance and tax reform.

In a separate session, Michael Barr, former Assistant Secretary for Financial Institutions, U.S. Treasury Department under President Obama, also urged a "continued government guarantee for both single-family and multifamily" for catastrophic, but not for first-loss, positions.

In other forward-looking sessions, panelists examined evolving housing preferences beyond the policy arena to determine how they are affecting the kinds of apartments being built. The consensus is that apartments will look very different in 10 years.

Today's renters want urban locations within walking distance of entertainment and employment. They are willing to accept smaller apartments to lower their rent in these more expensive downtown neighborhoods, but they expect developers to incorporate more usability into a smaller footprint. They are also very social and want places around the property to congregate.

Developers speaking at the NMHC conference also said that the recession has made it easier to get new apartments approved. During the housing boom, it was difficult to get approvals for rental housing, but localities are reducing the barriers and restrictions that have hampered rental development to encourage the revenue and jobs that new development brings. Construction financing remains a challenge, however.

The conference closed with former Florida Governor Jeb Bush, who spoke of his passion for education reform and the political landscape for the 2012 election.
Source: National Multi Housing Council