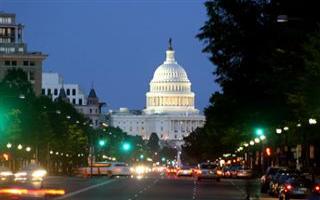 WASHINGTON, DC The National Association of Home Builders (NAHB) recognized five housing industry leaders on Friday, May 20, with the highest individual honor the home building industry bestows - induction into the National Housing Hall of Fame. The induction ceremony was held during the association's board of directors meeting in Washington, D.C., and recognized the honorees' dedication to advancing housing opportunities for all Americans.

"The honorees are all innovative visionaries whose spirit, ingenuity and dedication to advancing housing opportunities for all Americans has preserved the American Dream of homeownership for generations to come," said 2011 NAHB Chairman Bob Nielsen, a home builder from Reno, Nev.

The 2011 National Housing Hall of Fame inductees are:

C. Kent Conine, a builder and developer from Dallas, Texas, who developed innovative ways to create a secondary market for acquisition, development and construction loans to improve capital flow into the industry, and served as 2003 NAHB president, chairman of the board of the Texas Department of Housing and Community Affairs, and a board member of the Federal Home Loan Bank of Dallas.

James R. Rayburn, a home builder from Jackson, Miss., who served as NAHB president in 2004 and championed the cause of millions of working families throughout his career by building thousands of affordable homes through public/private partnerships.

Charles Lee Thiemann of Cincinnati, Ohio, who helped oversee funding for housing, jobs and growth at 735 financial institutions in Kentucky, Ohio and Tennessee as president of the Federal Home Loan Bank of Cincinnati for 38 years, and was an early advocate of the Federal Home Loan Bank's Affordable Housing Program, which has created more than 675,000 housing units since its creation in 1989.

David F. Wilson, a custom home builder from Ketchum, Idaho, who has served the home building industry as an advisor to political leaders on issues ranging from affordable housing to excessive regulation and impact fees, and was 2005 NAHB president and the mayor of Sun Valley, Idaho.