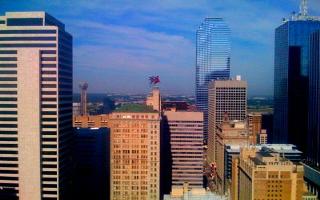 CLEVELAND, OH - Forest City Enterprises, Inc. today announced the creation of a public/private partnership with the City of Frisco, located in the North Dallas market, for the long-term development of a 320-acre, mixed-use project known as Frisco North. The company, through its Forest City Commercial Development subsidiary, has entered into a Memorandum of Understanding with the city and the Frisco Community Development Corporation for the project, which is expected to include retail, residential, office, entertainment and hospitality components, as well as open space, public parks and municipal uses. Forest City is partnering on the development with Ernest Mahard, Jr., the land owner.

"We are privileged to be working with the City of Frisco on this exciting development," said Brian Ratner, president of Forest City Texas. "Public/private partnerships are what drive large-scale, transformational projects like Frisco North, and we applaud the city leaders for their vision. We believe this project will bring together the city's vision with Forest City's expertise in mixed-use 'place-making' to deliver significant social and economic value to the community and its stakeholders."

"This project is the culmination of many years of visioning and hard work, and we're very excited to forge a new, public/private partnership with Forest City," said Frisco Mayor Maher Maso. "Frisco North will serve as an economic catalyst for quality development in the northern part of our city and further enhance Frisco's growing reputation as a retail and entertainment destination."

According to U.S. Census Bureau statistics, Frisco was the fastest-growing city in the country over the decade of 2000 to 2009, and has been recognized by Money magazine as one of the top 100 places to live in the United States.

Forest City Enterprises, Inc. is an NYSE-listed national real estate company with $11.8 billion in total assets. The Company is principally engaged in the ownership, development, management and acquisition of commercial and residential real estate and land throughout the United States.
Source: Forest City