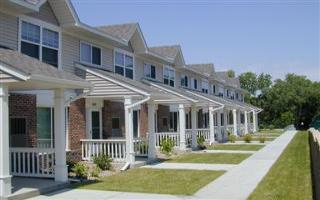 The report examined median incomes and housing affordability for Whites, Blacks, Hispanics, Asians and American Indians/Alaska Natives. The HOI for all races/ethnic groups combined was 72.8 in 2010, meaning that 72.8 percent of all homes sold in the U.S. last year were affordable to families earning the national median income of $64,400.

"By breaking down the HOI by race and ethnicity, we have an even more accurate picture of housing affordability," said NAHB chairman Bob Nielsen, a home builder from Reno, Nev. "Builders have generally known that their efforts to build affordable housing were especially important to minorities in their communities, and this new report helps confirm that."

Affordability disparities were generally quite apparent in the most populous metropolitan areas. In the New York-White Plains-Wayne, N.Y.-N.J. metropolitan division, for example, 46.1 percent of all homes sold in 2010 were affordable to White families earning the group's median income. In comparison, only 13.4 percent and 8.8 percent of homes sold in this division were affordable for Black and Hispanic families respectively.

Among large metro areas, the HOI for Blacks was higher than that for Whites in only four: Rockingham County-Strafford County, N.H.; McAllen-Edinburg-Mission, Texas; Boulder, Colo.; and Olympia, Wash. The HOI for Hispanics was below the HOI for Whites in every case analyzed.

"Previously, we have only computed a single, global HOI, either for a particular metropolitan area, or for the nation as a whole," said NAHB chief economist David Crowe. "However, it was evident that affordability differences are dramatic and persistent across racial and ethnic lines. The NAHB/Wells Fargo HOI methodology is a precise way to demonstrate these differences. Policy makers and elected officials may want to consider the differential HOIs for particular minority groups when contemplating policies that would increase home prices or otherwise impact the affordability of housing."

To view the full report, please go to: www.nahb.org/hoibyrace