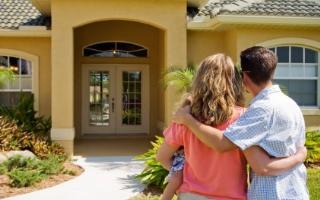 WASHINGTON, DC - Fannie Mae's latest national housing survey finds that Americans expressed more cautious optimism during the first quarter of 2011 than in the fourth quarter of 2010, but they continue to lack confidence in the overall strength of the housing market and economic recovery. The First-Quarter 2011 Fannie Mae National Housing Survey polled homeowners and renters between January 2011 and March 2011. Findings were compared to similar surveys conducted throughout 2010 and December 2003.

Survey results show that Americans' newfound optimism about home prices, the economy, and personal finances is balanced by concerns about rising household expenses, which may require Americans to remain cautions about the recovery. Despite consumer caution, 57 percent of Americans still believe that buying a home has a lot of potential as an investment – ranking higher than other investments, such as buying stocks and putting money into and IRA or 401(k) plan.

"Despite moderate signs of improvement in the housing market and the overall economy, consumer attitudes continue to be shaped by ongoing concerns about the recovery and their own financial situations," said Doug Duncan, Vice President and Chief Economist of Fannie Mae. "Uncertainty regarding the improving labor market, expectations of little home price and interest rate movement, and rising household expenses has left consumers feeling less financially secure and translates into weak mortgage demand. While we have seen indications of improving economic activity in recent months, especially the strengthening of private sector employment, consumers' attitudes improved only marginally, and in some areas not at all, from a year ago, reflecting the continued unevenness and uncertainty of this recovery."

Only 33 percent of Americans said they believe the economy is on the right track, up four percentage points from the fourth quarter of 2010, but virtually unchanged from January 2010 (31%).

Forty-two percent of respondents said they expect their personal finances to improve over the next year (up by 2 percentage points from the fourth quarter of 2010), compared with 44 percent in January 2010.

Forty percent say that their current monthly household expenses are significantly higher than twelve months ago, up from 34 percent in the previous quarter and 31 percent in January 2010.

While the number of Americans who perceive homeownership as a safe investment has been declining (from 83% in 2003 to 66% in first quarter of 2011), 57 percent still believe that buying a home has a lot of potential as an investment, more than any other investment tested.

Nearly twice as many Underwater Borrowers (27%) think it is okay to walk away from a mortgage if they face financial distress than in January 2010.

The Fannie Mae First-Quarter 2011 National Housing Survey polled homeowners and renters to assess their attitudes toward owning and renting a home, confidence in homeownership as an investment, the current state of their household finances, views on the U.S. housing finance system, and overall confidence in the economy.

Forty-four percent of homeowners believe that the value of their home today is worth 20 percent or more than what they originally paid for it, declining from 46 percent in June 2010 and 51 percent in January 2010.

One in three Americans (30%) expect home prices to strengthen over the next year, up four percentage points from the fourth quarter of 2010, but virtually unchanged from a year ago.

Fifty-nine percent of Generation Y Americans (ages 18-34) expect their personal financial situation to improve over the next year, compared to 49 percent among Generation X (ages 35-44) and 37 percent among Baby Boomers (ages 45-64).

Fewer African-Americans think the economy is on the right track (44% in the first quarter of 2011 versus 51% in the previous quarter), and they are less optimistic about their personal finances (61% expect their finances to get better over the next year compared to 67% in the fourth quarter of 2010).

Only 13 percent of Pre-Baby Boomers (age 65+) think it will be easier for the next generation to purchase a home than it was for them, compared with 28 percent of Generation Y Americans.

Nearly one in four (23%) Mortgage Borrowers say they are underwater, compared with 30 percent in January 2010.

Only 31 percent of Underwater Borrowers think they have sufficient savings (compared to 42% in June 2010, and 43% of all Mortgage Borrowers).

Forty-six percent of Underwater Borrowers say they are stressed about their ability to make payments on their debt (versus 35% in June 2010, and 33% of all Mortgage Borrowers).

From January 4, 2011 to March 29, 2011, 3,403 telephone interviews were conducted with Americans aged 18 and older to assess their confidence in homeownership as an investment, the current state of their household finances, views on the U.S. housing finance system, and overall confidence in the economy.

This included a random sample of 3,003 members of the General Population, including 781 Outright Homeowners, 1,261 Mortgage Borrowers, and 841 Renters. Out of the 1,261 Mortgage Borrowers, 297 identified themselves as Underwater Borrowers (those who report owing at least 5 percent more on their mortgage than their home is worth). The overall margin of error for the general population sample is +/- 1.79 percent and larger for sub-groups.

How these National Housing Survey results affect Fannie Mae will depend on many factors.

Fannie Mae exists to expand affordable housing and bring global capital to local communities in order to serve the U.S. housing market. Fannie Mae has a federal charter and operates in America's secondary mortgage market to enhance the liquidity of the mortgage market by providing funds to mortgage bankers and other lenders so that they may lend to home buyers. Our job is to help those who house America.
Source: Fannie Mae&#039;s