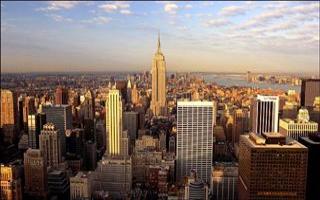 NEW YORK, NY - Rent regulation law or rent law, a staple in the real estate landscape of New York City, has been eroding in recent years. Established after World War II, rent laws cap the amount of rent a landlord can collect for a particular rental unit. More than 300,000 affordable apartments have been reclassified as landlords exploit loopholes to charge more for rent under the old regulations.

Legislative Activity: Amidst concerns that the city is becoming increasingly unaffordable, lawmakers in the state Assembly recently approved a bill to extend rent laws set to expire on June 15. More than 1.6 million tenants live in rent-regulated units in and around New York City. Rent-stabilization laws cover buildings that have at least six units and were built between Feb. 1, 1947, and Jan. 1, 1974.

The bill (A2674) that passed in the state Assembly would extend current rent regulations until 2016. The proposal would also curb vacancy decontrol, which currently allows landlords to deregulate apartments when vacancies arise and the past rent exceeds $2,000. The bill further would change the terms of luxury decontrol, in which owners can deregulate apartments for tenants who earn more than $175,000 and whose rent is at least $2,000. Those limits would rise to $300,000 and $3,000, respectively.

Vacancy-decontrol laws allow apartments to be deregulated (and become "market rate") upon vacancy, giving the landlord the power to charge whatever rent the market will allow. Also, a landlord may justify a rent increase through major capital improvements to the building itself, or upgrades to individual apartments. However, the bill also seeks to limit what landlords may collect for such improvements. Currently, property owners may charge one-fortieth of the cost of improvements. If the bill becomes law, this amount would be reduced to one-sixtieth of the improvement costs.

Further, the bill would do the following to stabilize rents:

Supporters and Opponents: The bill's proponents argue that continued rent law is necessary because New York City is becoming increasingly unaffordable for middle-class residents. It is estimated that 10,000 units per year become ineligible for rent regulation, which threatens thousands of middle-class families whose average income is $38,000 per year. Rent increases on unregulated buildings average 3 percent annually.

Assembly Speaker Sheldon Silver, Democrat and lower Manhattan resident, says, "Affordable housing for our working families is disappearing each day." He calls the situation a chronic and severe shortage of affordable housing in New York City, and believes that rent laws are a form of consumer protection that protects tenants at all income levels.

However, the Republican-controlled Senate is not persuaded. Its interests lie in protecting homeowners in suburban areas and upstate New York. Republicans tend to believe that since homeowners have experienced continual property-tax increases, a cap on such taxes is critical to keeping people in their homes. Senate leaders believe that homeowners have waited years for some type of relief, and their rights should not be subservient to those of renters. The Senate has already passed a bill capping annual property taxes at two percent.

Traditionally, rent law opponents believe that the practice limits profitability as well as the ability to build and maintain multifamily housing. They also contend that such limitations regularly lead to abandonment and decay because it is not cost effective for landlords to maintain and upgrade their buildings.

Commentators believe that the political wrangling between the parties is part of the normal discourse before they reach a compromise. Several amendments and counterproposals are likely as the two sides work to support their constituents. While the Assembly's rent-control bill may not pass the Senate in its entirety, the legislation has a number of provisions that, if they survive the legislative process, could keep low- and middle-income families in their rental homes while protecting them from interminable rent increases.
Source: Wang Law Offices