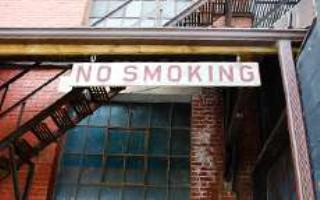 "This is a major achievement and public health success that will ensure more families have access to safe and healthy living environments," said Dow Constantine, King County Executive. "Everyone deserves to breathe smoke-free air where they live. Policies like these are an excellent example of how partnerships between local government, housing providers, and other community-based organizations can promote a healthier King County."

The new policies will prohibit smoking inside buildings, and will also include patios and balconies. The policies do not require that residents quit smoking or prohibit people who smoke from moving in. The policies were adopted with support from Public Health – Seattle & King County and Communities Putting Prevention to Work (CPPW), as part of a larger effort to reduce chronic disease by increasing access to healthy places.

Housing providers underwent a comprehensive planning process in advance of policy implementation, including surveys of residents, meetings with building management and staff, and resident meetings to explain the new policies. In July, properties will officially begin converting units to smoke-free.

"We are currently drafting new no-smoking policies that will cover more than 3,500 of our units," said Andrew Lofton, Deputy Executive Director of the Seattle Housing Authority. "In addition to being the right decision for the health of our residents, we expect these new policies to help preserve our property values, save money on cleaning and repair costs, and reduce our risk of cigarette fires."

Several non-profit and community-based organizations are credited with implementing these policies that address the health and safety of residents in buildings that serve lower-income communities and people of color. For example, the Asian Pacific Islander Coalition Against Tobacco is working with Seattle Chinatown International District Preservation Development Association (SCIDpda) and InerIm Housing to make approximately 400 units smoke-free by July 2011.

There is no safe level of exposure to secondhand smoke. In multi-unit housing secondhand smoke poses a unique threat, as it can drift from one unit or balcony to the next and can enter through doors, windows, ventilation systems, plumbing, and even electrical outlets. Secondhand smoke is particularly hazardous indoors, where it's usually more concentrated and has higher levels of toxins.

Public Health - Seattle & King County has expanded efforts to increase no-smoking policies in housing with help from the CPPW grant. Public Health provides technical support for policy implementation to housing providers, including surveys, resident meetings, and presentations on how to access quit support, which is a critical element to successfully implementing no-smoking policies. No-smoking policies are just one example of CPPW efforts to reduce the toll of obesity and tobacco use in our neighborhoods. Other efforts include helping corner stores offer more fresh produce, providing healthier foods in schools, restricting tobacco products that are attractive to kids, and promoting city planning that is pedestrian and bike friendly.

"Smoke-free housing is a perfect example of how a person's environment affects their health," said Dr. David Fleming, Director & Health Officer for Public Health - Seattle & King County. "More of our low-income population lives in multi-unit housing, which means that they are more likely to be exposed to secondhand smoke. Our efforts facilitate changes like this—changes that will increase access to healthy environments in every King County neighborhood."

Obesity and tobacco use are the main contributors to premature illness, death, and health care costs both locally and nationally—and they have a disproportionate impact on some King County communities. In the county's low-income neighborhoods and communities of color, rates of obesity and tobacco use are two to three times higher than the general population. Public Health – Seattle & King County aims to create a new reality for the people living in these neighborhoods—one that makes healthier and more active living easier for everyone.

Residents and property managers interested in making their building smoke-free can visit www.kingcounty.gov/healthservices/health/tobacco/housing.aspx for information and tools to support the process.

In spring 2010, Public Health - Seattle & King County was awarded two CPPW grants from the Centers for Disease Control and Prevention (CDC), one for tobacco prevention and the other for obesity prevention. Public Health awarded over 50 local community partners (school districts, community-based organizations and local governments) with funding to improve nutrition and physical activity, and decrease tobacco use and exposure.
Source: Public Health - Seattle & King County