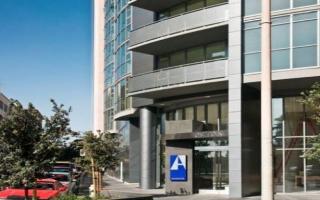 "It is rare to have an opportunity to acquire an asset of this caliber in San Francisco, which is one of the reasons we are pleased to acquire Argenta," said Mr. Mark T. Alfieri, Chief Operating Officer of Behringer Harvard Multifamily REIT I, Inc. "In addition, the area immediately surrounding Argenta is positioned to benefit from a potential influx of high tech employers, representing significant upside potential for our investment."

Argenta has been rated as a "Walker's Paradise" by Walk Score®, a service that measures the walkability of any address in the largest cities of the United States. Only two blocks or less from Argenta are major downtown destinations including San Francisco's City Hall, Opera House, and Civic Auditorium, as well as UN Plaza. Less than a mile northeast of Argenta is Westfield San Francisco Centre, a shopping mall with 170 upscale boutiques, fine restaurants and movie theaters. The mall is anchored by Bloomingdale's and the second-largest Nordstrom store in the United States.

Directly across the street from Argenta is Market Square, which comprises 1.1 million square feet of office and retail space that occupies an entire city block and currently is in lease-up. Hayes Valley, a central San Francisco neighborhood a few blocks to the west of Argenta, is characterized by trendy fashion boutiques, SoHo-style art galleries, high-end interior-decorating shops, top-notch restaurants and hip nightspots.

The construction of Argenta, which comprises 179 apartment homes, was completed in late 2008 at 1 Polk Street, and the community was first occupied in 2009. The tower offers amenities including a parking garage, a state-of-the-art fitness center, a conference room, a lounge for relaxing, a landscaped garden terrace and personal concierge services.

The homes at Argenta average 893 square feet. Residents may select units with one or two bedrooms and baths. The condo-quality interior finishes include nine- or ten-foot ceilings, floor-to-ceiling windows with custom window treatments and hardwood and tile floors. The kitchens feature brushed nickel hardware, stainless-steel appliances and CaesarStone® quartz countertops. All units include washers and dryers and select apartments offer walk-in closets.