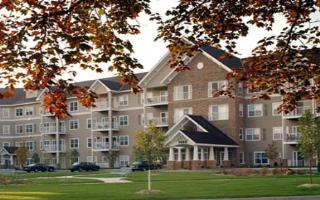 Located near the Twin Cities of St. Paul and Minneapolis, the project will have all of its on-site construction work performed under collective bargaining agreements with local building and construction trades unions. The HIT investment will help finance the $11.2 million first phase of construction, which will produce 48 housing units in a four-story building offering residents a wide array of amenities.

"We were able to put together an innovative financing package thanks to our strong working relationship with Dougherty Mortgage, the FHA lender for the project," said HIT Investment Officer Chris Shaw.

The project will be developed by United Properties, one of the premier cooperative developers in the Twin Cities region. In 2009, the HIT provided $17.6 million for another United Properties project, the recently completed Applewood Pointe of Bloomington at Southport, which created 101 senior housing units and approximately 130 union construction jobs.

The two Applewood Pointe projects are part of the HIT's national Construction Jobs Initiative. The initiative was launched in early 2009 to help promote economic recovery, with the goal of creating 10,000 union construction jobs by spring 2011. The HIT is more than 90% of the way to that goal, having financed 30 projects to date in the Twin Cities, Boston, Chicago, New York, St. Louis, San Francisco, Milwaukee and other cities. These investments have created more than 9,000 union construction jobs and 9,300 housing units across the country, with total development costs of $1.5 billion.

"Today's economy is a challenge for the construction industry," said Harry Melander, Executive Secretary of the St. Paul Building and Construction Trades Council. "Fewer lenders are putting up the money for new projects," he added. "We need jobs, and the HIT is delivering those jobs with its investments in union-built projects in our region."

Other Twin Cities-area projects recently financed by the HIT include the $123 million redevelopment of the Riverside Plaza Apartments, currently under construction in Minneapolis, and the $33.2 million Ellipse on Excelsior, which was recently completed in the Minneapolis suburb of St. Louis Park. The seven projects financed in the Twin Cities area under the Construction Jobs Initiative represent a total of 1,831 housing units, creating approximately 1,350 union construction jobs, with more than $140 million in HIT financing.

The HIT has a long history of helping meet the diverse housing needs of Minnesota residents, with over $700 million invested in 71 projects in the state over the past four decades. These projects have developed or preserved more than 8,200 units of housing and created an estimated 6,220 union construction jobs through almost $1 billion of development activity.

The AFL-CIO Housing Investment Trust is a fixed-income investment company registered with the Securities and Exchange Commission. It manages $3.9 billion in assets for approximately 350 investors, which include union and public employee pension plans. Seventeen of these investors are in Minnesota. The HIT invests primarily in government and agency insured and guaranteed multifamily and single family mortgage-backed securities. The HIT is one of the earliest and most successful practitioners of socially responsible, economically targeted investing, with a track record that demonstrates the added value derived from union-friendly investments. The investment objective of the HIT is to provide competitive returns for its investors and to promote the collateral objectives of constructing affordable housing and generating employment for union members in the construction trades and related industries. Since its inception, the HIT has invested $6 billion to finance over 97,000 units of housing nationwide, generating more than 66,000 union jobs.
Source: AFL-CIO Housing Investment Trust