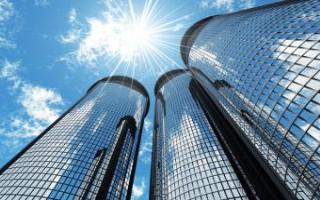 MIAMI, FL - A survey of some 200 real estate industry leaders, who gathered last Friday at Akerman Senterfitt's second annual U.S. Real Estate Summit, revealed an optimistic industry looking at opportunities in various sectors despite continued financing challenges. Signifying a recovering industry, 77 percent of respondents indicated their outlook for the market in 2011 was more optimistic than it was in 2010. In addition, a common theme at the Akerman Summit was access to capital and other continued financing challenges for the industry, as banks continue to work through significant issues in their real estate portfolios. When asked to rank where commercial real estate debt and/or equity will come from in 2011, respondents indicated that a significant amount would come from private equity, REITs, and foreign investment. Notably, only 10 percent of respondents saw a significant amount from banks and 25 percent of respondents believed a significant amount of financing to come from pension funds.

Furthermore, 71 percent predicted that multifamily property would be the most active market sector in 2011, far more than the second and third chosen sectors, hospitality and industrial, at 26 and 27 percent respectively. Shifting capitalization rates, a consistent theme at the day-long summit, also proved to be an important issue for respondents, with 44 percent forecasting decreased cap rates in the hospitality and multifamily sectors. On average, 75 percent of respondents predicted a decrease or no change to cap rates across all industry sectors.

Looking further down the road, 57 percent of respondents predicted that multifamily development would return to pre-recession levels within the next two years. Hospitality and industrial development were seen as returning in the next three years with the office and retail sectors still four years out.

Other notable survey results include:

The most active market segments include the Southeast (39 percent), Mid-Atlantic (33 percent), and Northeast (25 percent).

Respondents were evenly split along the lines of the benefits of green building with 50 percent predicting that green building projects will garner more demand and/or higher prices in 2011 and 50 percent disagreeing.

The survey included representation from all aspects of industry leadership including asset managers, builders and developers, REITs, regional and national lenders, and private investors.

The day-long Summit featured several panel discussions on issues ranging from deal structure to capital market access and policy revisions. Notable sessions included a keynote address from Stanley Tate, Founder and CEO of Tate Enterprises and former Chairman of the National Advisory Board of the Resolution Trust Corporation (RTC). Kicking off the event was a marquee panel moderated by Sule Aygoren Carranza, Editor-in-Chief of Real Estate Forum and featuring Thomas Sittema, CEO of CNL Financial Group and Vincent Signorello, COO and acting CFO of Flagler Development.

"There are several signals of recovery in the commercial real estate industry, including significant investments by REITs and private equity firms, as well as heightened foreign interest in U.S. markets. Despite these important indicators, many challenges remain for the industry including distressed debt, availability of financing, and softness in the rental markets," said Richard Bezold, Chair of Akerman's National Real Estate practice. "We are honored that we could contribute to this ongoing dialogue by hosting the Akerman Summit."