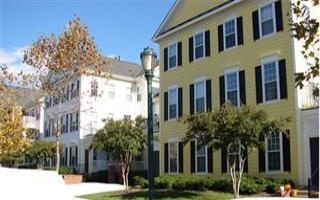 WASHINGTON, DC - Fannie Mae's latest national housing survey finds that Americans are more confident about the stability of home prices than they were at the beginning of 2010, even though they lack confidence in the strength of the economy: Seventy-eight percent of respondents believe housing prices will hold steady or increase over the next twelve months, up from 73 percent in January 2010; But almost two-thirds still believe the economy is on the wrong track, virtually unchanged (61%) from the beginning of last year.

The Fannie Mae Fourth Quarter National Housing Survey, conducted between October 2010 and December 2010, polled homeowners and renters to assess their confidence in homeownership as an investment, the current state of their household finances, views on the U.S. housing finance system, and overall confidence in the economy.

"Over the course of the last year, we gained deeper insights into Americans' confidence in the strength of the housing market and the economic recovery," said Doug Duncan, Vice President and Chief Economist of Fannie Mae. "More Americans believe that housing prices will remain stable over the next year. We also are seeing encouraging signs in the positive attitudes toward homeownership among younger Americans, despite the severe impact of the housing crisis on Generation Y. But most respondents to our survey continue to lack confidence in the strength of the economic recovery, and they are less optimistic about their ability to buy a home in the years ahead. This sense of uncertainty is weighing on the housing recovery today and reshaping expectations for housing for the future."

Younger Americans, Hispanics, and African-Americans are generally more positive about owning a home than the general population. Fifty-nine percent of Generation Y (ages 18-34) believes buying a home has a lot of potential as an investment, even though this age group suffered the steepest decline in homeownership during the housing crisis – from nearly forty-four percent when home prices peaked to under forty percent in 2009.

More than one-third of Hispanics (34%) and African Americans (35%) say they will buy a home in the next three years, compared to only one in four (23%) of all other Americans.

During 2010, survey respondents increasingly expressed a strong belief that it will be harder for future generations to obtain a mortgage. Three-quarters of those surveyed (74%) believe it will be harder to get a mortgage in the future, up from just over two-thirds at the beginning of 2010.

One out of three delinquent borrowers continues to say they have considered defaulting on their mortgage. However, that number fell from 39 percent at the beginning of the year to 31 percent in the fourth quarter. The number of delinquent borrowers who say they have seriously considered defaulting also has declined, from 25 percent in January 2010 to 19 percent.

From October 15, 2010 to December 20, 2010, 3,407 telephone interviews were conducted with Americans aged 18 and older to assess their confidence in homeownership as an investment, the current state of their household finances, views on the U.S. housing finance system, and overall confidence in the economy.

This included a random sample of 3,004 members of the General Population, including 751 Outright Homeowners, 1,232 Mortgage Borrowers, and 871 Renters. Out of the 1,232 Mortgage Borrowers, 313 identified themselves as Underwater Borrowers (those who report owing at least 5 percent more on their mortgage than their home is worth). The overall margin of error for the general population sample is +/- 1.79 percent and larger for sub-groups.

Fannie Mae exists to expand affordable housing and bring global capital to local communities in order to serve the U.S. housing market. Fannie Mae has a federal charter and operates in America's secondary mortgage market to enhance the liquidity of the mortgage market by providing funds to mortgage bankers and other lenders so that they may lend to home buyers. Our job is to help those who house America.
Source: Fannie Mae

Tricon Announces Plans to Deliver Over 3,000 Build-to-Rent Homes Across 23 Communities to Satisfy Growing Housing Demand SANTA ANA, CA - Tricon Residential, an owner and operator of single-family rental homes and multi-family rental apartments in the United States and Canada, provided an update on its active build-to-rent community pipeline, which has now expanded to over 3,000 rental units in 23 new home communities...