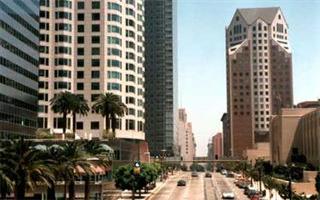 CVAE will invest in all classes of infrastructure assets with initial emphasis on direct investments of subordinated debt in municipal projects, as well as equity in public private partnerships. It will initially focus on critical core infrastructure projects in North America's urban job centers and investment opportunities at the lower end of the risk spectrum. Typically, these projects will involve investments with well-defined long-term cash flows backed by real assets that provide a hedge against inflation.

Founder and Executive Chairman of CityView, former HUD Secretary Henry Cisneros, also welcomed the joining of the firms in the CVAE venture. "We see our joint venture with Access as an essential component of the effort to bring much needed infrastructure growth and long term stable pension returns to the North American market."

"The joining of CityView and Access via our US subsidiary, AE Capital Advisers, will provide a vehicle to develop and offer solutions which will draw on each of the firms' unique understanding of the government and authorities sector along with the requirements of infrastructure investors," noted Chessell. "This joint venture with CityView will take Access' presence in the US to a new level."

The United States infrastructure market is composed of trillions of dollars of existing assets, including many stable core assets owned by public entities. New and replacement infrastructure assets are likely to double the sector's value over the next twenty years in order to maintain the quality of life of U.S. cities and keep American businesses and workers globally competitive. Pension fund investments in this sector are expected to grow proportionately in response to the market's needs.

"In the coming decade, both American pension funds and American municipalities will need to learn how to manage their resources and projects in a fiduciary manner that addresses the needs of both their citizens and beneficiaries," said Victor Miramontes, CityView's partner leading its infrastructure efforts.

CityView CEO Sean Burton summarized, "CVAE will provide the platform and opportunity to bring hundreds of millions of dollars of new international capital into infrastructure investment in North America."

AE Capital Advisers is the United States subsidiary of Access Capital Advisers, a specialist alternative investment adviser and manager focused on unlisted investments in infrastructure and other alternative asset classes. The firm has been managing infrastructure investments since 1996 and now has more than $12 billion under advice, including a significant portfolio of infrastructure assets in the United States. Since 1998, Access has invested a total of nearly $4 billion across airports, toll roads, sea ports, communications and power and water utilities around the world including, US infrastructure investments totaling $1.2 billion. The firm is owned by management and employs over 50 investment professionals globally across offices in New York, London (UK), Sydney, Canberra and Melbourne.

Headquartered in Los Angeles with offices in New York, Dallas and San Antonio, CityView has invested in and developed more than $2 billion in real estate assets since 2003. CityView is one of the nation's premier institutional investment firms focused on urban real estate, in-city housing, and metropolitan infrastructure and is a fully-integrated operating company with an active management approach. CityView was founded in 2000 by Henry Cisneros, Secretary of the U.S. Department of Housing and Urban Development in President Clinton's Administration, on the premise of smart capital for smart growth and currently manages multiple funds, all focused on urban solutions. CityView has developed projects in 30 markets across 13 states and also continues to focus on metropolitan infrastructure and multi-family acquisitions.
Source: CityView