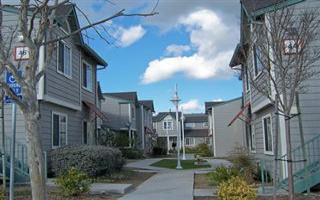 WASHINGTON, DC - The National Multi Housing Council (NMHC) and the National Apartment Association (NAA) released the following statement concerning the Better Buildings Initiative announced by President Obama today. The statement was issued by NMHC/NAA's Vice President of Energy and Environment, Eileen Lee. "We commend the Obama Administration for its focus on energy efficiency in commercial properties, including apartments, and for taking an incentive-based approach to achieving meaningful reductions in our building energy usage.

"Many apartment firms have voluntarily established energy efficiency and green building programs throughout their portfolios, but many more have been stymied by the lack of sufficient tax incentives and financing for building retrofits.

"We support the President's plan to reform the existing Section 179(d) building efficiency tax incentive, which has largely gone unclaimed by property owners for many reasons. Changing the deduction to a more generous tax credit and creating more incentives for owners to undertake costly retrofits on existing properties are welcome changes. The President's plan would also wisely ensure that Real Estate Investment Trusts (REITs) can take advantage of the credit.

"We also applaud the plan to create a pilot financing program though the Department of Energy (DOE) to guarantee loans made to owners for property upgrades as the lack of financing is a major obstacle to greening our existing buildings.

"Importantly, the plan does not include the unworkable mandatory building code regulations included in other legislative proposals and instead would create grants to help states and municipalities streamline their building codes.

"Finally, we support the plan's initiative to train the next generation of commercial building technology workers. True energy savings rely not only on well-designed buildings but also on having skilled workers overseeing their day-to-day operations.

"Apartments are already a low-cost resource in our drive to reduce energy use by nature of their compact design, small unit size and limited exterior openings and exposures. As a result, apartment residents use less energy per household than people living in single-family houses.

"The President's plan will help advance the rental housing industry's sustainability efforts to the next level by attracting more investments in building efficiency."

More information on the Obama Administration's Better Buildings Initiative is available at http://bit.ly/g8QUZc.