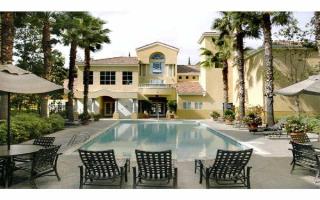 SAN DIEGO, CA - Valentia Apartments, a 318-unit San Diego rental community located within the master-planned community of Renaissance-La Jolla, received an Exceptional Overall score by SatisFacts Research LLC, the multifamily industry's premier resident satisfaction research provider and leading authority on resident retention. Each year, SatisFacts surveys tens of thousands of apartment residents nationwide. The San Diego apartments were one of 6.9% of communities in the nation to be named Exceptional as part of SatisFacts 2010 National Property Awards. The recognition marks the second year in a row these San Diego rentals, owned and managed by Shea Apartment Communities, have achieved an Exceptional score and received a National Award from SatisFacts.

SatisFacts uses a five-point rating system focused on surveying how residents feel about their living environment and service. The firm conducted a random email sampling as part of its satisfaction survey of those living in Shea's apartment communities. Shea Apartments currently owns and manages over 6,000 apartments in California.

According to Steve Gilmore, Senior Vice President of Shea Apartment Communities, "The best way to find out whether your customers are satisfied is to simply ask them. But more importantly, it's what you do with those answers that really matters. We're always looking for ways to improve in those areas that mean the most to our residents."

Shea Properties, headquartered in Aliso Viejo, California, is a multifaceted organization responsible for the acquisition, design, development, construction and management of business parks, shopping centers, apartment communities and mixed-use environments. Since beginning operations in 1969, annual revenues have grown steadily to more than $200 million, while the overall value of the portfolio has grown from $150 million to more than $2 billion. Shea Properties currently owns and operates approximately 6,300 apartment units and 6 million square feet of office, industrial and retail space in California, Colorado and Arizona. The development pipeline holds an additional 2,200 apartment units and 2.5 million square feet of commercial space. In concert with sister company, Shea Homes, the nation's largest private home builder, Shea Properties offers a range of capabilities matched by few other developers in the industry.
Source: Shea Properties