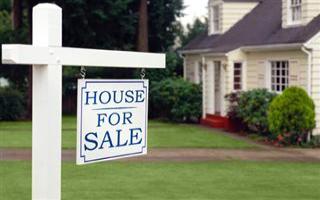 WASHINGTON, DC - Sales of newly built, single-family homes rose 17.5 percent to a seasonally adjusted annual rate of 329,000 units in December, according to newly released figures from the U.S. Commerce Department. The big gain, though largely tied to an unexpectedly strong showing in the West, was a welcome boost at the end of a year that had the lowest total number of new-home sales on record (321,000) since the government began keeping track in 1963.

"After six very tough months, the housing market ended the year on an upbeat, with signs of stabilization beginning to take hold in many markets," said Bob Nielsen, chairman of the National Association of Home Builders (NAHB) and a home builder from Reno, Nev. "That said, the nationwide inventory of new homes for sale is now at its thinnest level in more than 40 years. This is a sign that many builders still cannot obtain the credit they need to meet anticipated improvements in buyer demand in 2011."

"I read today's report as a promising sign that the new-home sales market is re-starting its long journey to a more normal pace after the lull that began in May," said NAHB Chief Economist David Crowe. "However, the very low inventory of new homes available for sale is concerning, because it means that the critical lack of acquisition, development and construction financing continues to pose a tremendous obstacle to medium- and small-sized builders across the country, thereby slowing the arrival of a true recovery and the jobs that could generate."

The majority of the increase in new-home sales this December was recorded in the West, which posted a remarkable 71.9 percent gain that could end up being somewhat revised in subsequent months. But gains of 3.2 percent and 1.8 percent were also recorded in the Midwest and South, respectively. The Northeast posted a 5.0 percent decline in new-home sales this December.

Acknowledging that sales in the West may have gotten a boost from contracts being signed ahead of costly building code changes going into effect in some states this January, Crowe noted that issuance of building permits was also up substantially in that region at the end of the year.

The inventory of new homes for sale fell to 191,000 units in December, the lowest number since January of 1968. This amounts to a historically slim 6.9-month supply at the current sales rate.
Source: National Association of Home Builders