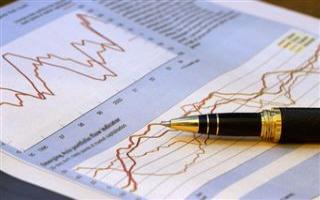 BEVERLY HILLS, CA - International real estate investment and services firm Kennedy Wilson (NYSE:KW) today announced that the company has refinanced The Onyx Apartments, a 400-unit multifamily community in Redmond, Washington. The Onyx is owned in a partnership with the LeFrak Organization. The partnership, which is a 50/50 venture between Kennedy Wilson and the LeFrak Organization, includes a total of 2,912 apartment units, all of which were purchased in 2010. The $42.5 million Onyx financing has a seven-year term and carries a fixed interest rate of 4.67%. Wells Fargo Multifamily Capital, through its Fannie Mae DUS lending program, served as the lender on the transaction.

"We were able to complete this financing despite some recent volatility in the long term interest rate environment," said Robert Hart, president and CEO of KW Multifamily Management Group. "In total this year, we executed on $185 million of multifamily agency financings which carry an average interest rate of 4.42%."

Kennedy Wilson currently owns, directly and through joint ventures, a total of 10,036 apartment units, the majority of which were acquired in 2010. The apartment units are located in California (48%), the Pacific Northwest (28%) and Japan (24%). Current occupancy on the portfolio is running in excess of 95%. Additionally, Kennedy Wilson is under contract to purchase 1,242 units located in California and the Pacific Northwest.

The estimated 2011 net operating income of the company's owned and under contract U.S. and Japanese apartment properties is approximately $100 million. The company's equity ownership in these assets is 36%. In addition to its 36% ownership, Kennedy Wilson, in many cases, also has a promoted interest in the profits generated from these investments.

"Over 95% of our investment activity this year has focused on multifamily assets and loans secured by real estate," stated William McMorrow, chairman and CEO of Kennedy Wilson. "We are extremely pleased to report that the company finished 2010 completing over $2 billion of acquisitions."