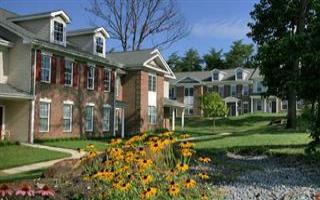 SYRACUSE, NY – A successful public-private partnership between the Syracuse office of The Community Preservation Corporation (CPC) and New York State Homes and Community Renewal (HCR) is helping apartment owners save energy while also creating jobs for area businesses and a better quality of life for apartment residents who are predominantly low and moderate wage earners.

Under the Weatherization Assistance Program (WAP), CPC was awarded a $5 million grant by HCR to provide energy-saving upgrades to over 1,200 affordable apartments in upstate New York. These energy-efficient upgrades include replacing old furnaces and windows, installing insulation and replacing inefficient lighting. CPC's Syracuse office has begun construction on over 180 apartments whose energy-saving upgrades will be funded by the program. The upgrades will reduce energy costs for property owners and tenants by an estimated 20%.

Among the projects benefiting from the Weather Assistance Program in the Syracuse area are:

• In Geneva, new energy-efficient windows are being installed in 50-unit apartment building. The new windows were manufactured by a Syron Industries of Syracuse.

• In Canandaigua, obsolete refrigerators were replaced in all 131 apartments at the 80 Parrish Street Apartments complex. The winning bidder for this project was Charette Brothers, a woman-owned business in Syracuse that employs 30 workers.

• 50-year old furnaces and deteriorated roofs are being replaced at a 188-unit public housing complex in Auburn. Household incomes for residents of this complex average only $12,000 per year. About 20% of the apartments house a handicapped person and many other of the residents are elderly.

•The Syracuse Housing Authority will use WAP funds to insulate the walls of hundreds of public housing apartments that were built in the 1950s without insulation.

"What we are accomplishing with HCR is the best example of a private/public partnership that can serve as a cost-effective model for continuing WAP in the years ahead," said Nick Petragnani, Director of CPC's Central Office which includes Syracuse. "In addition to the valuable energy savings, WAP has become a welcome source of new business for local contractors doing weatherization work. It has also resulted in a more comfortable and better quality of life for the residents who live in these affordable apartments, most of whom are low and moderate income wage earners," he added.

"WAP is a demonstration of how government money reaches this vulnerable housing stock," said John McCarthy, Chief Operating Officer of CPC. "CPC was awarded these funds on the basis of our in-depth knowledge of the affordable residential, multi-family market; our experience in working directly with property owners and developers in the Syracuse area and expertise in navigating through the compliance rules and regulations of state and federal agencies."

New York State's Weatherization Assistance Program is the largest residential energy conservation program in the country. It channels Federal money from the U.S. Departments of Energy and Health and Human Services to the State through HCR, a long-time partner of CPC.

Between now and the end of 2011, WAP will fund energy improvements to qualifying Syracuse area apartment buildings comprising more than 1,200 units. In the current program year, approximately $65.8 million was allocated to 65 community based organizations to provide weatherization services to income eligible households in each of New York State's 62 counties.

Andrew D'Agostino, Vice President of CPC and Director of the Weather Assistance Program in Syracuse, said it is estimated that there are more than 200,000 units in upstate New York built more than 50 years ago that are long overdue for improvements. "In the future, budget constraints may delay rehabs in the 200,000 upstate apartments, but the rehabs will eventually occur somehow. There is no choice, as the buildings would be too costly to replace and are necessary to house New York's low- and moderate income residents. A successful WAP program will be a model for upgrading this large and aging housing stock when, as is inevitable, government decides that investment shall begin," he said

The Community Preservation Corporation is a not-for-profit mortgage lender that finances residential multifamily development throughout New York, New Jersey and Connecticut. Since its founding in 1974, CPC has invested more than $7 billion in more than 136,000 units of housing.