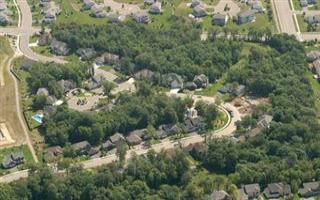 IRVINE, CA - Whittlesey Doyle, a market leader in the land brokerage industry, announced today that Whittlesey Doyle has completed the sale of three separate land transactions in the master planned community New Model Colony in Ontario, Calif., totaling approximately 176 acres, encompassing 800 proposed lots and units, for a total consideration of approximately $30 million. Les Whittlesey, co-founder and principal of Whittlesey Doyle, had the exclusive listings on all three properties and represented both the sellers and buyers in the three transactions. The individual sale prices could not be disclosed.

"Reflecting what the market will bear, these three properties sold at a fair market value, and were not heavily discounted," said Whittlesey. "They illustrate that if a property is priced correctly, it will sell in today's market."

The New Model Colony (NMC) is a key component of Ontario's long-term growth, and includes 8,200 acres of former dairy lands annexed by the City of Ontario in 1999, and approved as a master planned community that will be built out over the next 20-plus years. The NMC is bounded by Riverside Drive to the north, Milliken Avenue and Hamner Avenue to the east, the Riverside County line and Merrill Avenue to the south, and Euclid Avenue to the west. About 120,000 new residents are expected to move to the area in the coming decades.

"The recent sales represent the most acres sold this year in the New Model Colony. These buyers realized that the New Model Colony is poised for growth due to its proximity to jobs, shopping, entertainment and transportation including the Ontario International Airport, and the ability to offer housing to accommodate future demand in the Inland Empire," Whittlesey noted. "This new generation of homebuyers wants to live, work, shop and play all in the same area and the New Model Colony offers these great amenities."

Whittlesey negotiated the sale of two properties, which are located in the Esperanza Specific Plan in the NMC, adjacent to the San Bernardino and Riverside County boundary line. The sites are approximately 2 miles south of State Highway 60 and approximately one-half mile west of Interstate 15, located at the northwest corner of Bellgrave and Milliken Avenue (also known as Hamner Avenue).

In the southeastern portion of the Esperanza Specific Plan, Whittlesey negotiated the sale of roughly 64 unimproved residential acres. The property currently has a Specific Plan and approved Tract Maps for 371 units. There is also a Development Agreement approved and signed. The seller was Amberhill Development. The buyer was Genstar/GDC Communities and RCCD.

In the southwestern portion of the Esperanza Specific Plan, Whittlesey negotiated the REO sale of 74 unimproved residential acres. The property, which is situated between the Cantu-Galleano Ranch Road and Limonite Avenue off-ramps on Interstate 15, has approved Tract Maps for 289 units and 10 acres for a future school site. The seller was US Bank. The buyer was Genstar/GDC Communities.

In the West Haven Specific Plan in the NMC, Whittlesey negotiated the REO sale of 38 unimproved residential acres located at the northeast corner of Turner and future Schaefer Avenue. The site is approximately 1 mile south of the 60 Freeway and approximately 1 1/2 miles west of Interstate 15, and is located between the Archibald and Haven Street off-ramps off of the 60 Freeway. The property currently has a completed Specific Plan, and a Tentative Tract Map for 143 units. The property is adjacent to existing residential housing on the north and west sides of the property. The properties to the west and north are part of the Archibald Ranch Specific Plan, which is completely built-out and the homes are occupied. The seller was US Bank. The buyer was CV Communities.

Whittlesey reported the buyers plan to hold the properties for approximately three years before they move forward with their development plans.

Last month, Whittlesey Doyle announced that the firm had recently negotiated the sale of eight separate land transactions in Southern California totaling approximately 335 acres, encompassing over 1,500 lots and units, for a total consideration of more than $39 million.

"Since there has been no land development in the past several years, we see tremendous upside once the economy has stabilized and the foreclosure market dwindles," Whittlesey noted. "As sellers set their asking prices at today's values, well-located properties will sell quickly; a good reason to be a buyer today before prices start increasing again."