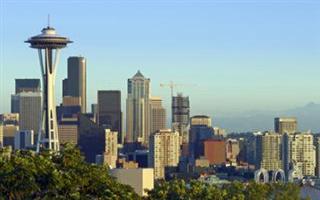 SEATTLE, WA - Wood Partners, L.L.C., one of the nation's largest and most active multifamily developers, is expanding its national reach to the Pacific Northwest in hiring Steve Orser as Vice President of Development - Pacific Northwest, to lead acquisition and development from its newly opened Seattle office.

Wood Partners is actively seeking urban infill sites in both Seattle and Portland to develop Class A market-rate and workforce housing. A national real estate company specializing in the acquisition, development and construction of high density, transit-oriented communities, Wood Partners has a firm commitment to Green Building with all new projects built to the standards of ENERGY STAR® and, whenever possible, Leadership in Energy and Environmental Design (LEED).

"We have capital interested in deploying in Seattle and Portland and we're eager to get our first project up and running," said Frank Middleton, director of the West Coast division of Wood Partners. "That is why we hired Steve, a real estate veteran with a long-term presence in the Pacific Northwest. He has a reputable track record in finding good deals and getting them done, which gives us an inside track and a clear edge in this dynamic marketplace."

Orser has worked in acquisition, entitlement, design, and development of residential and mixed-use projects in Washington for more than 12 years. Previously, he was a director of development at Harbor Properties and has held senior positions at Quadrant Corporation and CB Commercial Real Estate Group.

"Wood Partners is well matched for this market because of its strong interest in environmentally sensitive building and proven ability to develop complex and exciting projects in urban communities," Orser said.

"We are in a great position to take advantage of the upturn in the market at a time when the fundamentals for new development are strong," he added. "This is largely driven by demographics combined with a dearth in development in the region that has spanned nearly three years."

Wood Partners is building its business to position itself as one of the nation's strongest developers coming out of the recession. It plans to close the year with 2,000 units under construction and has a growing pipeline of new deals for 2011 and 2012.

Wood Partners is a national real estate company that acquires, develops, constructs and property manages high density and mixed-use communities. The company has been involved in the development of more than 36,000 homes with a combined value of more than $4.5 billion nationwide.
Source: Wood Partners