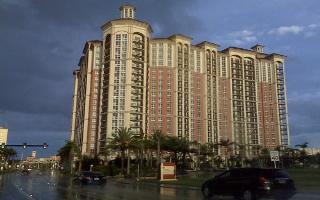 PALM BEACH, FL - Gulfstream Capital Partners, a Texas based investment group, purchased the remaining 309 bank owned condos at Cityplace South Tower in West Palm Beach, Florida from Scotia Capital for $63.94M. The 419 unit 20 story tower opened in 2008 and the original developer, Miami-based Related Group, had pre-construction contracts on 367 units. When the market turned, only 45 units closed and the developer subsequently defaulted on a $134.7 million note to Scotia Capital, a subsidiary of Bank of Nova Scotia.

The lender filed a foreclosure action and the Related Group handed over control of the project to a consortium of partners led by Toronto-based Scotia Capital in July 2009. Scotia Capital re-launched sales of CityPlace South Tower in November 2009 and sold 65 units in the past year.

"When a building sells to a bulk condo buyer they establish the market bottom for a particular building and this is the perfect time for individual buyers to acquire short sales at a similar price," said Dickenson.

CityPlace South Tower is in a prime location in downtown West Palm Beach within walking distance to CityPlace shopping center, the Kravis Center for the Performing Arts and the Convention Center.

"There are still plenty of bulk condo opportunities in South Florida for investment groups," according to Dickenson. "I've been traveling all over Florida with a private equity group from Texas and have identified a fair number of good acquisition candidates between Palm Beach to South Beach."
Source: Kevin Dickenson - Prudential Florida Realty