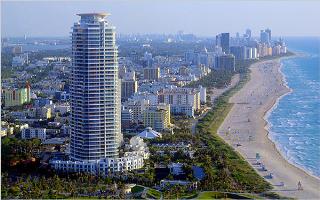 ORLANDO, FL - Sales of existing condominiums in Florida rose 15 percent in third quarter 2010 compared to the same period a year earlier, according to the latest housing statistics from Florida Realtors®. A total of 16,938 existing condos sold statewide in 3Q 2010; during the same period the year before, a total of 14,793 units changed hands. Fourteen of Florida's metropolitan statistical areas (MSAs) reported higher existing condo sales in the third quarter, according to Florida Realtors. The statewide existing-condo median sales price was $84,000 for the three-month period; in 3Q 2009, it was $106,000 for a decrease of 21 percent.

"A healthy housing market is built on the foundation of a robust economy," said Dr. Sean Snaith, director of the University of Central Florida's Institute for Economic Competitiveness. "As the economic recovery continues in Florida – and in particular as the labor market improves – the housing market will follow suit. The price decline in the condo market continues to attract domestic and foreign buyers to Florida to take advantage of this buying opportunity.

"The third-quarter single-family and condo Florida resales data reflect a slowdown relative to second-quarter data as the expiration of the first-time homebuyer's tax credit in April pulled future demand into the second quarter," Snaith said, adding that the drop-off was expected.

Meanwhile, in the year-to-year quarterly comparison for existing single-family home sales, 41,122 homes sold statewide for the quarter compared to 44,451 homes in 3Q 2009 for a 7 percent decrease. The statewide existing-home median sales price was $135,200 in 3Q 2010; a year earlier, it was $145,300 for a decrease of 7 percent. Sales of foreclosures and other distressed properties continue to downwardly distort the median price because they generally sell at a discount relative to traditional homes, according to the National Association of Realtors® (NAR). The median is a typical market price where half the homes sold for more, half for less.

Timothy Becker, the center's director, noted that investment in real estate continues to flow into Florida, though investors are wary about the economy. "The apartment sector is the stellar performer," he said, adding that conditions continue to improve in the commercial sector. "We're starting to see stabilization across property types in occupancy, with respondents saying they feel better about what rents are going to look like in the near future."

Low mortgage rates continued to be available during the third quarter of the year. According to Freddie Mac, the national commitment rate for a 30-year conventional fixed-rate mortgage averaged 4.45 percent in 3Q 2010; one year earlier, it averaged 5.16 percent.
Source: Florida Realtors