Chicago Renters Will Pay to Be Smoke Free 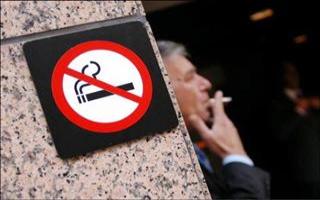 CHICAGO, IL - A recent citywide survey commissioned by the Chicago Tobacco Prevention Project shows that nearly a third of all renters (32 percent) in Chicago would be willing to pay more rent to live in smoke-free buildings. These findings coincide with an emerging trend in the Chicago rental market whereby landlords and property managers are converting their rental properties to "non-smoking," according to Maurice Ortiz, marketing director of the Apartment People, an apartment-finding and listing service with nearly 30,000 rental clients each year.

Studies have revealed that the cost of turning over an apartment at the end of the lease can be as much as 90 percent higher when the unit has been occupied by a smoking tenant. But it's not just the cost savings that have property managers' attention: "Environmentally-friendly and health conscious properties are simply easier to rent," says Ortiz.

The Chicago study reflects a growing awareness among prospective renters of the dangers of secondhand smoke, with 88 percent of those surveyed ranking secondhand smoke as a serious health hazard. "That awareness is shaping attitudes towards healthier lifestyles relative to tobacco exposure and a strong desire to live, work and play in smoke-free environments," said Dave Fako, whose firm has conducted numerous polls in Illinois and other states on attitudes towards tobacco during the past decade. This poll involved a random sampling of 400 adult renters within the city of Chicago.

The survey also found that nearly half of all renters say they would be more likely to rent an apartment or unit in a completely smoke-free building where smoking is prohibited in indoor common areas and individual units (47 percent). By comparison, 31 percent say it would make no difference and only 20 percent would be less likely to rent on those terms.

The Chicago Tobacco Prevention Project is releasing this survey data in the midst of tobacco "Quit Week," Nov. 9 – 17, 2010, a weeklong citywide effort to encourage Chicagoans to quit smoking and link them to local resources.

"The goal of Quit Week is to raise awareness about the importance of smoking cessation and to provide linkages to local resources so that people who are serious about quitting can be successful," said Bechara Choucair, MD, Commissioner, Chicago Department of Public Health. "Encouraging smoke-free homes is an important strategy in our city's winnable battle to reduce smoking rates and exposure to secondhand smoke," he concluded.

In partnership with the Chicago Department of Public Health, Respiratory Health Association of Metropolitan Chicago will lead the Chicago Tobacco Prevention Project through March 2012. Funded by a grant from the Centers for Disease Control, the comprehensive program includes hard-hitting media, outreach to vulnerable population groups, and policy efforts that reduce exposure to secondhand smoke.
Source: Chicago Tobacco Prevention Project