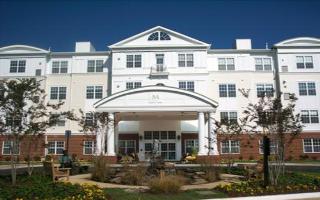 NEW YORK, NY - Pembrook Capital Management, LLC ("Pembrook"), a commercial real estate investment management company, originated a $31.25 million first mortgage loan to refinance the discounted pay off of the current loan on The Marque at Heritage Hunt. Pembrook provided first mortgage financing, with a two-year term and two six-month extensions. The property is located in Gainesville, VA, 35 miles southwest of Washington, DC. It is a Class A mid-rise multifamily complex, built in 2006, consisting of 200 units (64 one-bedroom, 105 two-bedroom, and 31 three-bedroom units). Amenities at the property include a swimming pool, sauna, clubhouse, fitness center, lounge, library, conference room, media room, putting green, tennis and bocce courts. Originally developed as an age restricted apartment complex, in May the property received a rezoning approval to remove the age restriction. The property is currently 70% occupied, and it is expected to reach stabilized occupancy in the first half of 2011. The Sponsor is a private real estate investment and development firm headquartered in Baltimore, MD, which, to date, has closed over $1.5 billion of real estate transactions over its 40-year history.

"The Marque at Heritage Hunt is a great lending opportunity for Pembrook," said John Garth, Managing Director of Originations for Pembrook. "In my opinion, this is high-quality real estate, with strong fundamentals, and an experienced and well capitalized sponsor."

Pembrook originates and acquires commercial real estate debt in the form of first mortgages, participating first mortgage loans, B-notes, and mezzanine loans in major markets across the United States. Target asset classes are multifamily, retail, and multi-tenant office, medical office and warehouse / distribution properties with well-diversified tenancy. Pembrook also participates in the distressed debt markets and will joint venture with owners buying back their own debt or third-party debt.

Stuart J. Boesky, President and CEO of Pembrook, said that, "John and his team performed to the highest expectations of all the parties involved in this transaction. Furthermore, there were some interesting nuances to the deal that Eugene Venanzi, Pembrook's Director of Underwriting, had to take into consideration." Mr. Boesky went on to add, "I believe that it's Pembrook's ability to take on complex transactions, underwrite them fully, and still be responsive to the timeline of the borrower that is giving the firm access to opportunities like The Marque at Heritage Hunt."

Pembrook Capital Management, LLC is a commercial real estate investment management company that provides capital to developers and owners of real estate on a national basis through the acquisition and/or origination of real estate debt and equity. Through its affiliates, Pembrook also focuses on additional community-related opportunities such as Low Income Housing Tax Credits, New Market Tax Credits and Clean Energy Finance. The firm was founded by Stuart J. Boesky, the former Chief Executive Officer of CharterMac from 1997 to 2005 (now Centerline Capital Group), who led CharterMac to become one of the largest real estate financial services firms in the nation.
Source: Pembrook Capital Management