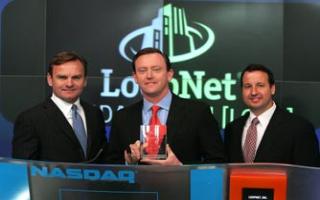 According to comScore Media Metrics, which provides comparative site traffic numbers, LoopNet also reached a new high in terms of traffic relative to other commercial real estate websites. comScore reports that LoopNet.com generated 9.4 times the traffic of its nearest competitor for the first nine months of 2010 (January through September). This continues a long-term trend of LoopNet increasing its share of commercial real estate search traffic: during 2007, LoopNet generated 4.6 times the traffic of the next competitor; in 2008, the multiple grew to 6.1 times; in 2009, it grew again to 7.1 times the next closest site; and now it stands at 9.4 times.

According to Mike Manning, Vice President of Marketing, "The fact that LoopNet is hitting all-time highs in both absolute unique visitor traffic and in our traffic multiple versus the competition is a clear testament to the energy and effort that we have invested in delivering increased value to our customers over the past year. We have launched a number of innovations to help our members improve their knowledge of the market, access properties and drive increased distribution of listings and other information. These include a new Property Research Database of over 7.5 million records; iPhone and iPad mobile apps; data on asking price trends; and free personalized marketing websites for our members."

"The fact that LoopNet generates 9.4 times the traffic of its nearest competitor," he continued, "translates into unparalleled exposure for our members who are seeking to market their properties for sale and for lease."