Aragon Buys The Lodge at River Park in Texas 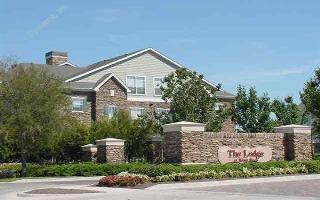 FORT WORTH, TX - The recession may have forced many other real estate companies to the sidelines, but Aragon Holdings has continued its strategic apartment acquisition program. Aragon today announced the purchase of The Lodge at River Park, a Class A apartment property located in the desirable southwestern area of Forth Worth, Texas.

The Lodge at River Park is Aragon's ninth apartment acquisition in Texas in less than two years, and its third in the Dallas/Fort Worth market. The nine Texas properties, consisting of 2,300 apartment units, were purchased for approximately $125 million utilizing $30 million in private equity investments.

The Lodge at River Park, a 312-unit property built in 1998, was acquired from The Connor Group, an Ohio-based operator of more than 17,000 high-quality apartment units in half a dozen major markets. Terms were not disclosed.

"The acquisition of The Lodge, a superb property in one of the nation's healthiest economic areas, underscores our commitment to making strategic acquisitions despite continuing concerns about the national economy," said Larry Clark, president of Aragon Holdings. "The selected markets in which we are focusing our activity demonstrate real strength now and for the foreseeable future."

"It appears that the worst of the recession is behind us, and that the U.S. economy is recovering. That will result in even higher demand for apartment housing," Mr. Clark said. "That is why we believe that the apartment sector will outperform many other investment categories as the economic upturn continues."

Mr. Clark said Aragon Holdings is actively seeking to purchase additional properties throughout the Western region of the United States.

Aragon's rapid growth resulted in its inclusion in the ranks of the "Top 100 Buyers of 2009" for multifamily properties, as reported in February by the respected research firm Real Capital Analytics, Inc. The study, which tracked all U.S. multifamily transactions valued at more than $2.5 million, placed Aragon Holdings in the top 100 buyers of apartment properties, only four of which acquired more properties during 2009 than Aragon Holdings.

Aragon Holdings is a Real Estate Investment Company based in Beverly Hills, California, that acquires and manages income producing assets throughout the United States on behalf of high net worth investors.
Source: Aragon Holdings