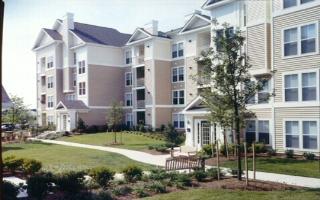 Grove Park is located close to I-270 along Montgomery County's "Biotechnology Corridor", a major employment center. Completed in 1974, the community's apartment interiors were extensively renovated in 2005-2006. Grove Park is also located within five miles of three other AvalonBay communities and will complement the local portfolio by providing diversification by both location and price point.

Grove Park and Briarwood represent the fifth and sixth acquisitions, respectively, by Fund II, which now consists of 2,574 apartment homes for a total acquisition cost of about $393 million. Fund II has equity commitments totaling $400 million and can employ leverage up to 65%, allowing for an investment capacity of approximately $1.1 billion. Fund II will acquire and operate multifamily apartment communities in AvalonBay's high barrier-to-entry markets of the Northeast, Mid-Atlantic and West Coast regions of the U.S. with the objective of creating value through redevelopment, enhanced operations and/or improving market fundamentals.